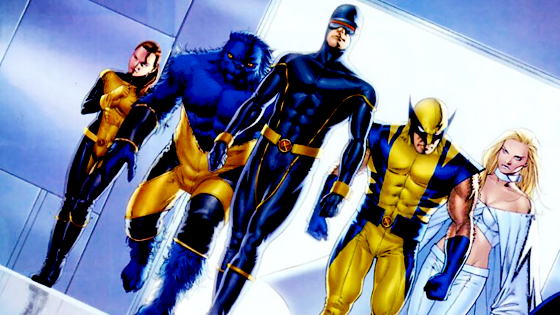 Oh fuck! We’re all X-Men. I can’t possibly be misreading this post. The way I’m reading it suggests that we are all shortly going to be given superpowers through our askew genetics. I call dibs on telekinesis. Don’t care what you have.

A group of scientists in the UK have proved that healthy human beings have a surprising amount of mutated DNA, reinforcing the old adage that “nobody’s perfect.” The fact that humans carry mutated DNA isn’t a new concept, but a research paper just published in the American Journal of Human Genetics showed that the average person has an average of 400 defects in his or her genes, including at least a few associated with disease. “We found quite amazingly large numbers of deleterious and known disease-causing mutations,” Chris Tyler-Smith of the Wellcome Trust Sanger Institute in Cambridge, England told NPR. He went on to note that previous estimates “ranged from just a handful up to 100 or more serious disease-associated mutations” — quite a bit fewer than what this new study shows. It’s still only a small portion of an entire human’s DNA, though.

Tyler-Smith felt that it was “a bit surprising” that healthy people had so many mutations, but further inspection showed that most tended to be “mild” and related to “late-onset” conditions like heart disease or increased risk of cancer, but not something that would immediately affect a person’s well-being. While it’s a noteworthy finding, some scientists believe the study could lead to unnecessary fears among otherwise healthy individuals — Harvard geneticist Robert Green said that “the critical take-home” is that “simply having a mutation in a disease gene does not mean you have the disease or will get the disease.