Hello friends, and welcome to another edition of Press Start! For the uninitiated: this is a gathering of stories from the world of video games. I try to pick amusing, or over-looked stories that you perhaps haven’t managed to read because you were so overwhelmed by the amount of map pack release announcements or touching human interest stories about daddy and son waiting in line to pick up their Wii U. It’s enough to make a man sick, isn’t it? 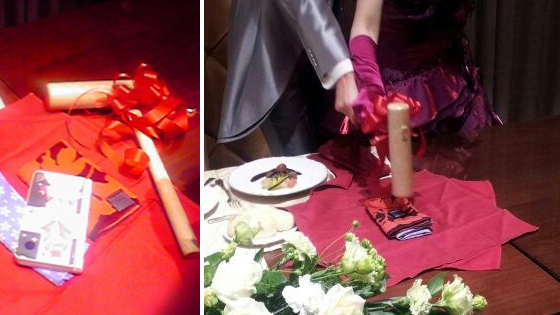 The Japanese, DS dating sim, Love Plus, has become infamous for its ability to capture men’s hearts to the extent that sees them holding birthday parties for their virtual girlfriends. Everybody needs an outlet, I guess. But whilst we were all busy questioning how these men had become so detached from reality, we probably forgot to imagine the possibilities of what happens when one of these men actually transitions to a real girlfriend. The kind made of flesh.

Well, in this case, one Japanese groom smashed his Love Plus save data with a hammer on his wedding day. Helping him, is his newly acquired real bride: no doubt taking a particular amount of pleasure in sending that harpie to a cold digital graveyard. Surely, the game features a ‘break-up’ function, but nothing quite says your through with someone like smashing them with a big hammer. Trust me, I know. 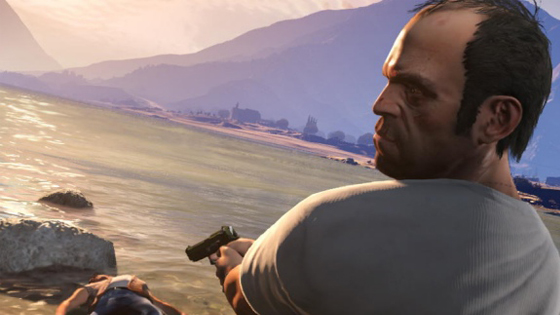 People with top-tier PC’s sure are an entitled bunch, or at least this 100,000-or-so certainly seem that way. Not content with their stacks, or the ability to make it rain via said stacks, these guys want justice: the kind of justice that sees Grand Theft Auto V getting released on PC. Their hunger for justice is so intense that they are willing to sign an online petition.

Sorry, I don’t know why I’m so hateful. Wait, actually I do: it’s because I’ll never afford the kind of PC needed to run such a game and if these guys wanted to play it so badly, why not pony up for an XBOX 360? I’m pretty sure they give those things away for free with cereal now.

Dammit PC Master Race, can’t you just not buy a brand new graphics card for one month so that you could use a fifth of the money to buy a console? I’m furious. That’s it, I’m going to sign an online petition that will stop PC gamers complaining about not getting ports of console games on release day. That’ll show ’em. 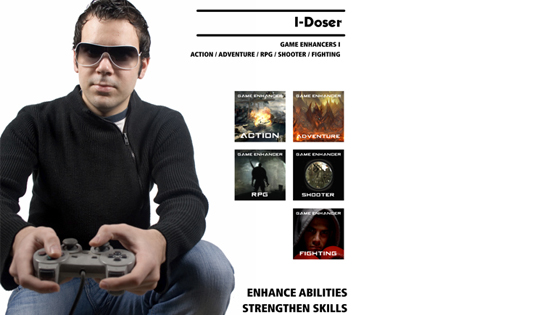 What? Did I just type that headline? Does this make any sense? Well, whether it does, or it doesn’t, that’s how companies such as I-doser are marketing their products.

“I-Dosing is the use of auditory tones in an attempt to alter consciousness in ways that creates a simulated mood or experience, such as to mimic recreational drugs. The technique involves playing two different tones simultaneously to produce a perceived tone inside the head, in order to alter brainwaves.”

I-Doser offer binaural beats to mimic and/or enhance all sorts of activities; from tracks that supposedly re-create the effects of Cocaine and Acid, to fictional drugs and even sexual enhancers “to help your brain induce a state of warmth, exhilaration, tantrism, and climax”. They also offer a range of enhancers to boost your sports performance, or in this case: gaming performance. Beats are tailored to increase your proficiency with certain game genres and according to this Kotaku report, they actually work, to a certain degree.

I’m not sure what’s more bizarre and upsetting, falsified synthetic drugs, or people taking gaming seriously enough that they feel the need to use performance enhancers. Where did our species go so wrong?

Ron Gilbert invites you to explore his cave

Sometimes, a game doesn’t need to have been involved with anything particularly newsworthy to justify talking about it. Case-in-point: The Cave. Published by Sega and sprung from the loins of Ron Gilbert and Double Fine, The Cave showcases its cast of characters in this latest trailer.

When the man behind Monkey Island promises a new game then it’s time to sit up and pay attention, especially when it appears to be a game focussed on the kind of endearingly odd characters and puzzles that Ron Gilbert is famous for.

It’s hard to imagine that only a few years ago it seemed as if Double Fine would become little more than a cherished memory. Somehow, here we are now; with Double Fine’s acclaimed downloadable titles paving the way for an incredibly successful Kickstarter campaign and Ron Gilbert coming back to work with like-minded folk. It’s a beautiful world.

Source Filmmaker is just one amongst seemingly hundreds of achievements on Valve’s part that continues to make them the darlings of gaming. However, empowering and inspiring gamers to create free, high-quality animated movies using their tools surely ranks as Valve’s most admirable contribution to gaming culture, recently at least.

Such is the volume and quality of Source Filmmaker creations, that they warrant their own awards ceremony. Now in its second year, the Saxxy Awards honors the best and brightest of Valve’s filmmaking community. Comedies, Dramas, Replays and Action movies each have their own category: continuing to show the diversity and accessibility of Valve’s tools. You can check out all of the nominees and winners here. You may even be tempted to unleash your own depraved and unbridled imagination loose on the world. Do not resist this urge. Go make things. 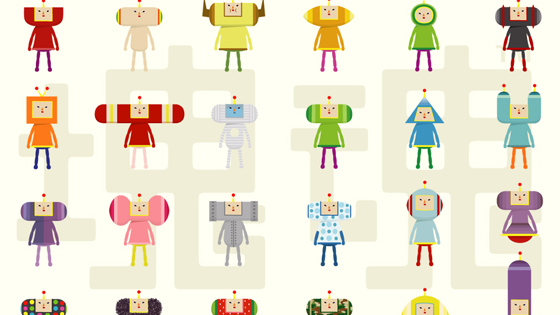 14 games being added to the Museum of Modern Art

The walls of New York’s MoMA, host to works by illustrious artists such as Picasso and Warhol, will soon count fourteen seminal video games amongst its exhibits. The following list of titles will be installed in the museum’s Philip Johnson Galleries next March:

Whether or not games class as art is surely, by now, totally irrelevant. Quite frankly, I’m beyond giving a shit and I think if anyone feels like they have to justify the medium then it’s counter-productive. However, I am glad that some of gaming’s accomplishments are getting acknowledged and that the medium’s finer points will be exposed to a wider audience. I actually lose sleep over the notion that a series like Call of Duty could be used to define a medium that also counts Katamari Damacy amongst its output.

However, just in case you thought everything was cool, The Guardian’s Art Critic – Jonathan Jones – saw fit to put gaming in its place, telling us all that games do not belong there via the power of his authoritative words.

Walk around the Museum of Modern Art, look at those masterpieces it holds by Picasso and Jackson Pollock, and what you are seeing is a series of personal visions. A work of art is one person’s reaction to life. Any definition of art that robs it of this inner response by a human creator is a worthless definition. Art may be made with a paintbrush or selected as a ready-made, but it has to be an act of personal imagination.

Jones, keen to justify his existence also plans on getting Warhol kicked out by using the same argument. Or at least that’s what I would assume. Surely Warhol’s assembly-line mentality and endless reproduction breaks the magical link that holier-than-thou supreme-being artists have between their heart, limbs and the canvas. But then what do I know?

Hey look! I went the whole column without ripping on the Wii U. My therapist will be so proud! It’s not that I want to rip on it, you see. It’s not like I actively hate it. It’s more that it confuses and frustrates me. To employ an incredibly British phrase: the Wii U strikes me as being about as much use as a marzipan dildo. It’s not necessarily bad, it’s just so misguided and pointless that I want to kick some sense into them until they admit what a missed opportunity it is. Hey Nintendo, I LUV U THO <3