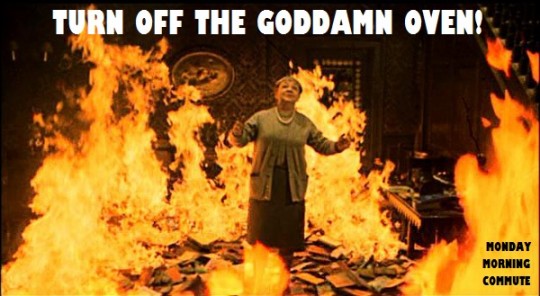 “I shouldn’t’ve done this. She’s not safe by herself. We gotta go back.”

“Dammit Greg, we haven’t had a date-nite in thirteen weeks.”

“Of course I’ve been keeping track. Date-nite is a sacred event, a testament to the wonder that is our relationship. There’s compromise – you choose the movie, I choose the restaurant. There’s chivalry – you hold every door and pay for everything, even when I protest. And there’s sex – we always end the evening by rolling around in bed, expressing our physical attraction by playing with each other’s ballsacks. We need this.”

Greg paused. He wanted to feel okay about leaving his mom at home, but he couldn’t. Dale saw this, and continued making his argument.

“Listen, your mother’s going to be fine. She’s just old, and sometimes that means she gets a little confused-”

“A little confused? Yesterday I poured myself a glass of a milk and she said that she never knew Martians could handle Earth-dairy.”

“I’m sure she was just joking around.”

“Oh yeah? Then why did she part the curtains, point out the window, and exclaim, ‘Looks like, we’ll be touching down on Ganymede in no time! Quick! Put on your spacesuit! If the admiral catches you out of it, he’ll stick you with kitchen-duty!’?”

Dale knew his boyfriend had a point. But couldn’t give up. Selfishly, he wanted dinner and a movie, followed by sex. More altruistically, he honestly didn’t think Greg’s mother was in any jeopardy.

“Greg, if I thought there a serious risk that Rhonda would hurt herself, I wouldn’t be in the car with you right now. But she’s fine — you put her to bed and watched her fall asleep. You know where she’s going to be when we get back? In bed, sleeping! Probably dreaming about traveling the solar system in a rocketship, but in bed nonetheless. We’ll check in to see her peacefully sleeping, sneak into the kitchen for a piece of that rum cake you spent all afternoon baking, and then hit the bedroom.”

Dale kissed Greg on the cheek, and all was well. Greg had been mollified. Date-nite was still ready for lift-off.

And then the panic-gazelles stampeded across the Great Plains of Greg’s face.

“Fuck, we have to go back right now! Dale, turn the fucking car around!”

“I’m so stupid! I was so fucking caught up in putting Mom to bed that I forgot take the cake out! I forget to turn off the goddamn oven! D’ya know how much alcohol I put in that cake? The fucking house is going explode!”

Rhonda Bilkes crossed the threshold, excited for the mission at hand. She’d been to Ganymede to Mars and even Pluto. But never had she been tasked with surveying the Sun.

Oh, she could already feel the wonderful solar heat penetrating her spacesuit!

This is the spot I drop a whole bunch of nonsense, and then show off the various ways I’ll be entertaining myself during the course of the workweek. Hey man, don’t blame me! I’m a hack-writer and I’ve got duties to fulfill! Anyways, your job is to hit up the comments section and share the methods of life-improvement you’ll be employing.

It’s show-and-tell for pop-culture addicts, basement-dwelling-nerds, aspiring artists, and all others who count themselves amongst the OL faithful. 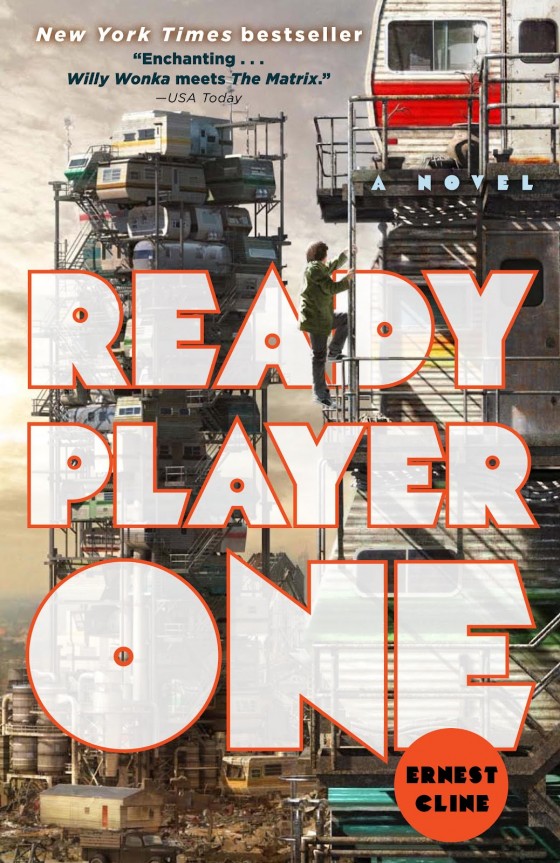 Since it’s release last year, many dear friends have told me that Ready Player One is a book destined to satiate my multifaceted nerd-appetite. But because I’m a butthead, I hadn’t given it a try. It’s not that I didn’t believe my comrades, but I dragged my feet. Again, I’m a butthead.

Fifty pages in and I’m kickin’ myself for having waited so long to read Ready Player One.

The book follows Wade Watts, a socially-awkward and poverty-stricken teenager living in a plausible dystopia of 2044.  Despite his real-world advantages, Wade finds comfort in the OASIS, a virtual-reality system reminiscent of the Matrix and the Metaverse of Snow Crash. This swagger-jackin’ would be pretty lame if not for the fact that both The Matrix and Snow Crash have already been referenced, along with a slew of other entries in the Nerd Canon.

See, the premise is that Wade is one of the many OASIS users dedicated to an Easter egg hunt left behind the the system’s designer, a billionaire-genius who was a teen in the 1980s and absolutely obsessed with the decade’s popular culture. Consequently, the users (and the readers, by proxy), have to engage with the movies, music, television, comics, novels, and other debris of the 1980s if they hope to walk away with the glory (and cash) of the game. 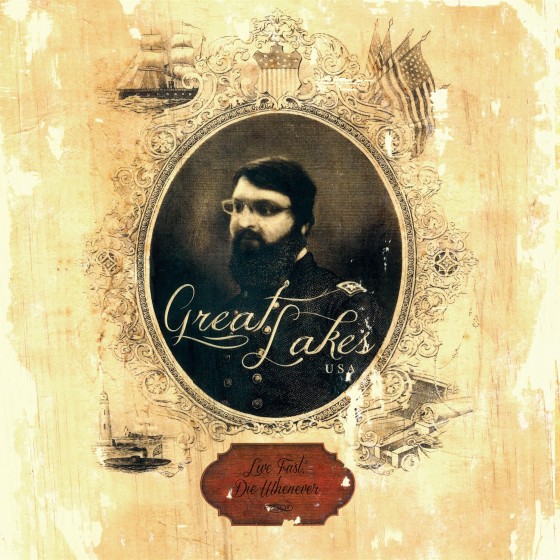 I’ve been rockin’ the full-length debut of Great Lakes USA for the last few days, and I don’t think I’m going to stop anytime soon. Live Fast, Die Whenever is an album that doesn’t pull any punches – sometimes this means screaming in your face, and other times this means giving you a hook to sing along with. This thematic variance translates to the guitars, which go through the full beard-cycle: clean, scruffy, full-bodied, and downright alarming. Moreover the rhythm section holds it down hella-tight, with groovy bass lines at the forefront and a powerhouse of percussion that never quits.

If you like rockin’ music that isn’t afraid to wear its heart on its sleeve, check out Live Fast, Die Whenever.

So that’s my arsenal for fending off the ennui-demons – science fiction and punk rock and candy!

How’re you going to get through the week?