Hugh Jackman back as WOLVERINE in ‘X-Men: Days of Future Past.’ Whelp, the band’s together. 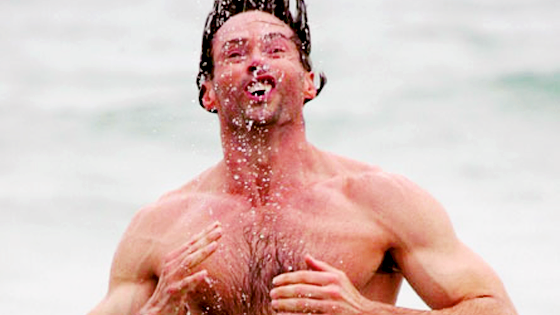 Stab any sort of ideas about the X-Men movie universe being rebooted. Stab through right through the ball bag with Wolverine’s claws. ‘Cause Hugh Jackman is back for Days of Future Past, inextricably interweaving the Singer Hey Do You Get The Gay Allegory? movies with First Class‘ universe.

THR reports that Hugh Jackman won’t be hanging up the adamantium claws for too long as he’s in talks to return as Logan/Wolverine and reteam with Bryan Singer for ‘Future Past.’ Of course, Jackman already kept the continuity threads alive by popping up quickly in “X-Men: First Class,” but one would assume with Magneto and Charles Xavier along for the ride, his role might be more prominent. Regardless, it’s going to be a lot of narrative balls to juggle as in the comics the story jumps from a present day plot where the X-Men fight against Mystique who is now a baddie, and fronts the Brotherhood Of Evil Mutants and a future storyline (where we presume Stewart and McKellen fill in) where mutants live in internment camps. The X-Men in the present will try and stop a disastrous event from happening in the future. And you thought “Looper” was complicated.

This is the kind of stuff that’s either going to work really well or be a complete mess. With James McAvoy, Michael Fassbender, Jennifer Lawrence and Nicholas Hoult to juggle as well, let’s hope this doesn’t become too overstuffed. ‘Future Past’ gets present on July 18, 2014.