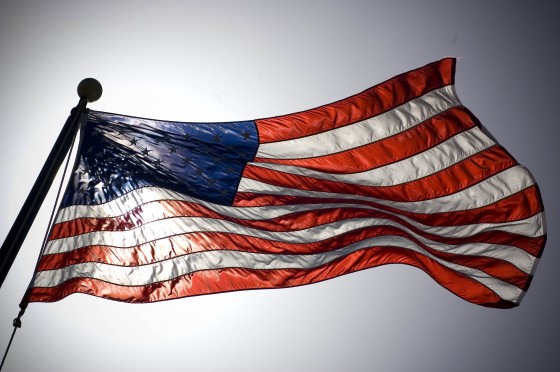 (As Americans brace themselves for another big Election Day, Omega-Level is proud to offer its services to a new political party, designed by Argey Fontes and Andrew Mercier (our very own Eduardo Pluto, sans pseudonym): The Slumber Party. Here is its extensive manifesto. TL;DR: Party on.)

America is faced with a widespread contagion—the Great Yawn. Millions of people across this country have contracted it already and the numbers are rising. During this critical time in the nation’s history, two-party politics has become exceptionally polarizing, when partisans thwart necessary reform and others are too complacent with the status quo. Nothing changes substantially except the ever-growing gap. Proposals from one side are quickly dismantled or disregarded by the other. The only reciprocity that crosses the divide is yawning, brought on by fatigue and tedium. Meanwhile, those whose allegiances are not to these party lines try their best to stay removed, but many cannot for long. Watching from the outskirts, they become disillusioned by the dysfunction, turned off by the whole process, and are then similarly caught by the outbreak.

The mass division has reached a crisis point in this election season. The socio-political climate, ripe with contentiousness and negative discourse, has been ideal for the contagion’s expansion and there is now little that can be done to suppress the Great Yawn—and that is a good thing. The Great Yawn is a breakthrough, a momentous affirmation. Even though the initial cases were born out of detachment, their rapid spread from person to person can only be attributed to a basic, human appeal for positive feedback, support, and empathy. Deep down, each yawner is emulating the other’s yawning. Each yawns for compromise. Each yawns for citizenship. Each yawns for unity. And if each were to truly catch wind of the contagion, every yawn would work towards restoring the American Dream. So, hereafter, when it comes over, everyone should do their part in passing on the Yawn.

Moreover, the Great Yawn signals the need for a national platform on which each and every citizen, tired of the direction of the country, can find comfort, one which each and every yawner can rest assured knowing its objectives are vital to the betterment of everyday life in America. To this end, a new, catch-all political organization has been established: the Slumber Party.

The Slumber Party is committed to bringing closure to American politics and society. Whereas the current two-party system prospers because of inbuilt disunity and consequently misinterprets the solidarity of yawning, calling it another sign of disrespect by the opposition, the Slumber Party acknowledges the shared significance of the contagion and advances it to its most logical and essential conclusion: sleep. The aims of the Slumber Party are inextricably connected to the fundamental right of sleep and its useful effects on the nation.

Everyone needs sleep. Citizens are best served to get sufficient rest in order to be healthier and more productive. Likewise, our representative democracy—of, by, and for the people—would function much more efficiently if representatives excelled in their public service by exemplifying this constituency. Our Union can only become more perfect by furthering the cause of sleep, where the rest of the populace gives over to resting politicians who, in turn, give it right back in greater measure through their activities in local, state, and federal government. This sleep cycle in politics would be perpetually rejuvenating, keeping the American Dream alive for all dreamers.

But sleep deprivation and mismanagement are rampant in both private and public spheres; our collective standing falters in the haze. Deprived Americans need to feel better about themselves and their place in the world. Without question, America is the greatest, most industrious nation, with vast influence and power, but it nevertheless has become more sluggish over time due to improper rest, an ever-watchful giant that lags and fumbles today because of its burdened condition more so than any intent. America has always been best when most composed, when this giant can sleep soundly, filled with potential and vitality. Its failings could be greatly diminished with beautifying sleep.

Sleep is exactly what America needs right now. From the highest government positions, across the wide political spectrum, on down to every citizen, improving sleep would improve national performance. For this reason, the Slumber Party has been founded on the principle that, no matter how divisive it can get, America is a nation of bedfellows longing for the improvement that only sleep can offer; as such, each member of this party, covering all people under its big tent, is a Bedfellow to one another, at long last prepared to put everything to rest. And with the backing of the Slumber Party, promoting the interests of sleep throughout the entire country, America and its Bedfellows can once again get back on track, by drifting off to sleep in unison.