Skyrim ‘HEARTHFIRE’ DLC drops next week, letting you get all nesting instinct. 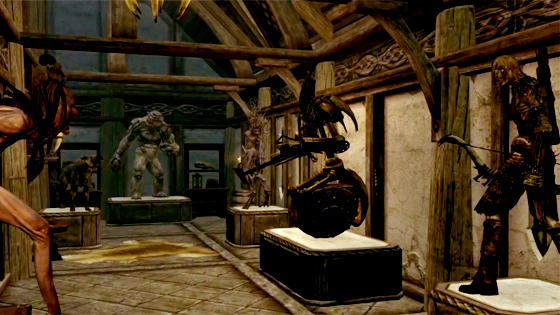 Here’s a second batch of Skyrim DLC I won’t be buying. Until some late night when I’m drunk and wistful, proclaiming to myself that I wish I could just “live in Skyrim” because “despite the dragons, it is quite a beautiful place” and everything.

Skyrim‘s “Hearthfire” expansion became official this morning – an add-on allowing adventurers who took one too many arrows to the knee to become domestics (Dovamestic?). Hearthfire enables players to build their own home, create additions to said home, and help raise children. Those rooms can be profession-specific – for instance, a room dedicated to herbalism. The joys of domestic life!

“From a simple one-room cottage to a sprawling compound complete with armory, alchemy laboratory, and more,” Bethesda said of the DLC. “Choose your land, customize your house, guard it from unwanted visitors, and turn your house into a home by adopting children.” Apparently, in the fantasy world of Skyrim, houses aren’t homes without children.

Hearthfire will be available September 4 on Xbox 360 for 400 Microsoft Points ($5), no other platforms are mentioned at this time.