Billionaire invests in the development of 3D PRINTED MEAT. WUT. The future is good. 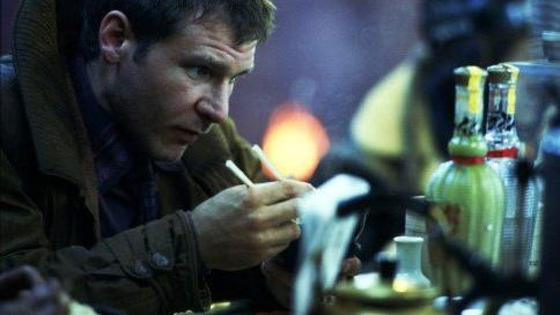 Christ in a can, this is mind boggling. A billionaire dreamer wizard-guy has invested in the development of 3D printed meat. Every day we march closer towards Transmetropolitan and Neuromancer, and I can’t wait to don my mohawk and leather slicker. You know, while eating synthesized buffalo or some shit.

The prospect of lab-grown meat has intrigued both vegetarians and environmentalists for years. Humans eat about 240 billion kilograms of meat each year — a voracious demand for animal protein that has resulted in environmental degradation, cruelty to livestock, and the spread of dangerous diseases. And now, owing to a $350,000 donation by the Thiel Foundation to a company called Modern Meadow, the idea of printing meat using a 3D printer has come that much closer to reality.
Peter Thiel is no stranger to investing in alternative start-ups. His foundation’s Breakout Labs has funded ventures into brain reconstruction, reversible cryopreservation, human cell re-engineering, artificial protein therapeutics, and antimatter-based fuel.

Modern Meadow was co-founded by Gabor and Andras Forgacs, two tech-entrepreneurs who developed and commercialized bioprinting — a technology that iteratively constructs tissues and organ structures based on computer-controlled delivery of cells in three dimensions. The pair had previously co-founded Organova, a company that worked to apply the same principle to drug discovery, drug testing, and transplant tissues.

With Modern Meadow, though, they’re hoping to change the way meat and leather products are produced, as well as making an impact in regenerative medicine and medical diagnostics.

And as it turns out, the prospect of printing 3D meat is proving to be less of a challenge than creating functional organs. In their grant application to the Department of Agriculture, they noted that because “meat is a post mortem tissue, the vascularization of the final product is less critical than in medical applications.”

It’s too early in the process to know how the meat will taste, or what its texture will be like. An early challenge for biologists working on lab-grown meat has been in simulating the exact texture that’s characteristic of meat that was once part of a living, breathing animal. It’s an open question as to whether or not this challenge will ever be overcome. For Modern Meadow, their initial goal is to develop 3D cellular sheets composed of pig cells. They’re hoping to mature those sheets into muscle tissue with electric stimulation inside a bioreactor (which should help give it the desired texture).