Archives
« Buy YOUR OWN 13-FOOT MECH From Suidobashi Heavy Industry For A Mere $1.35 MILLI.
SATURN’S MOON IAPETUS got itself some pretty gnarly avalanches. »

Flashback to 1986 with Deadlight 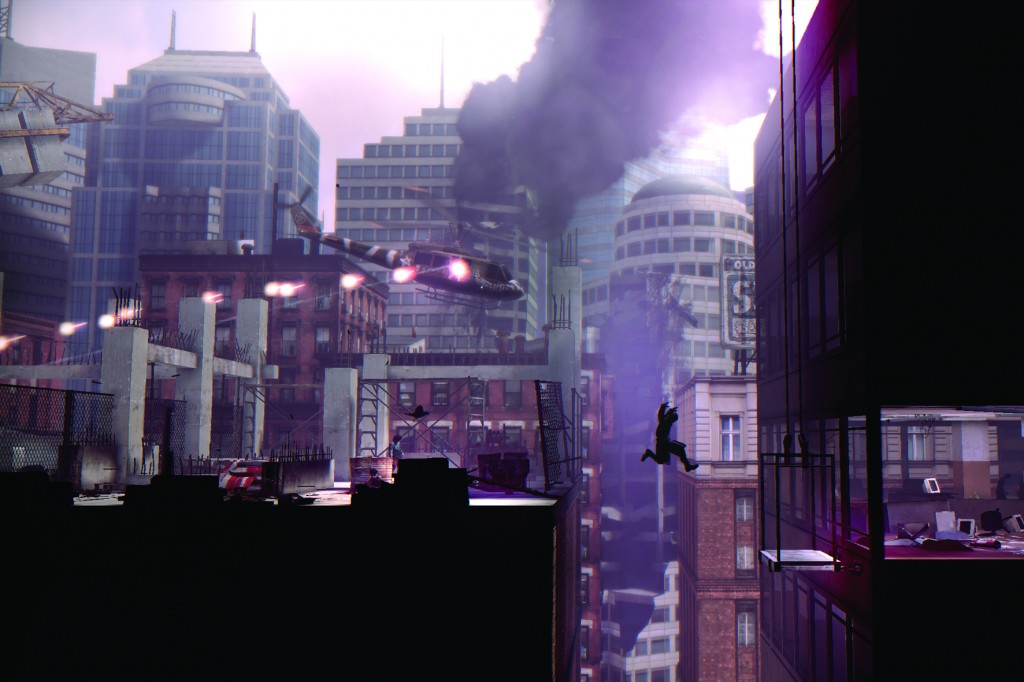 I’ve seen so much of the zombie apocalypse that I now feel suitably numb to the whole scenario; numb enough, at least, to be able to deal with it calmly and with a level of effortless cool, should it actually come to pass. Appropriately enough, it seems that Deadlight’s ‘hero’ – Randal Wayne- has had just about enough of the undead, too. He stumbles through the game with a gruff bravado and a longing for his possibly-dead-by-now wife: barely even batting an eyelid to the swathes of zombies that surround him. Apathy, it seems, is infectious.

On the surface, Deadlight portrays itself as the spiritual successor to the likes of Prince of Persia, Flashback and Another World. It swaggers into the room with promises of old-school platforming mechanics, zombie-led puzzles and an all-important level of current generation sheen. For the first chapter, at least, the game delivers. The prospect of enemy driven puzzles and the atmosphere are breath-taking at times. Zombies lurk, claw and chase you from the background and foreground; highlighting as-yet-unknown dangers and subtly guiding you into the mentality that you should be reading your environment. When the zombies, sorry – shadows- rise, panic-fueled evasion sets in; adding a sense of urgency  and making  those precise jumps more crucial than ever.

Despite having witnessed so many apocalypses this hardware generation, the desolate, zombie infested Seattle of 1986 still has a fair amount of weight to it. The beautiful and varied use of lighting and the detailed interiors are, by far, the game’s strongest feature. Distance and a sense of not always being quite in the foreground of events add a relatable and realistic character to the proceedings and ransacking abandoned houses hasn’t lost any of its appeal since Fallout, even if there is only the odd diary page or health pack on offer.

It’s at this point that I run out of good things to say about Deadlight. Unfortunately, underneath all of its post-apocalyptic sheen (grime?) it boils down to little more than a poorly written, linear series of clichés. A Lack of genuine ingenuity in terms of the puzzles and a focus on the narrative is a fatal flaw that Deadlight never quite manages to recover from. Usually, having a story driven game wouldn’t necessarily be a bad thing, but when the dialogue is largely awful, expositional garbage, my patience reaches its breaking point and I find myself searching for solid gameplay that just isn’t there. Oh, and let’s not forget the standard tortured visions: complete with deserted playgrounds. Eerie.

Imprecise controls will let you down at the most crucial moments; a chase sequence where the run button is miraculously unresponsive, or a chain fence that becomes your worst nightmare. There’s just no fluidity or sense of rhythm to the controls: just a blind hope and a roll of the dice to see if what’s meant to happen, will happen. Ineffective, last-minute combat will cripple you numerous times: meaning that many situations have to be tackled by learning from your mistakes rather than any genuine skill or intuition. Some sections actually even appear to be devoid of true solutions, forcing you to run through crowds of enemies because you’ve been denied a wall to jump from, or your weapons have been taken from you as part of the increasingly ham-fisted plot. Oh, and let’s not forget the times that enemies can shoot you whilst off-screen. Look out for that one. 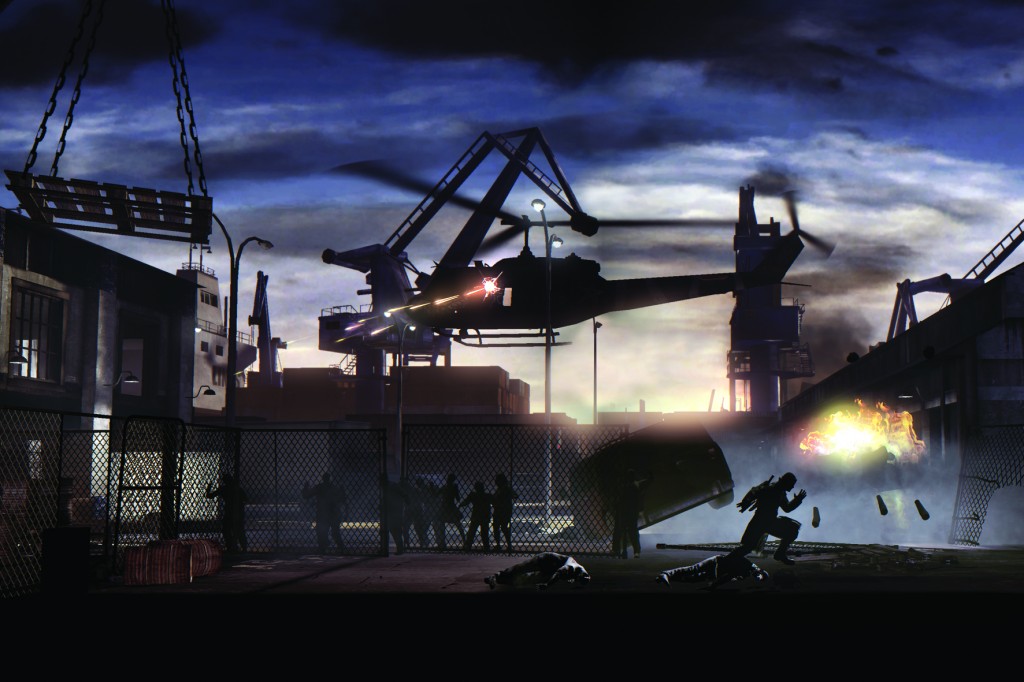 The most crucial failing of Deadlight is that it just never manages to quite live up to its potential. It’s a beautiful game, full of rich environmental detail and polish. The Unreal Engine is put to suitably good use and is pleasing to look at. That is, until you get dealt a cheap death at the hands of indistinguishable platform amongst the scenery: becoming, as it often does, a mess of muddy brown and grey textures that look like the sweepings from the Gears of War cutting room floor. When a fall usually means death and a reload, as opposed to a quick ‘try again’, you’ll notice the frustration starting to set in. Ultimately, Deadlight fails by never quite finding a sense of character with its gameplay. It knowingly references the likes of Prince of Persia and Flashback but forgets that the players who pick up on such references are going to have higher standards.

Upon finishing it I still couldn’t really tell you exactly how you play it, other than you die a lot and are forced to learn through trial and error. Sadly, that just isn’t my idea of fun. Exploration, precision, diverse application of learned skills; these are the gameplay elements that I found myself constantly craving, yet Deadlight never quite lives up to the promise of its impressive presentation. It takes pleasure in throwing out cheap shots and  lets itself down far too regularly; whenever the unresponsive run button causes you to miss a jump, an enemy shoots you off-screen or you have a puzzle solution patronizingly narrated to you.

Running in at less than two hours playtime and offering little beyond some fairly arbitrary collectibles for the more dedicated player, Deadlight just doesn’t warrant going back to. If it had just a few more genuinely satisfying segments, some fair yet challenging puzzles and environments truly worthy of exploration, then the game would be worthy of greatness. If it had even made the effort to be as good as the games it is emulating then the 1200 points price tag would be at least somewhat justified. The game’s failings aren’t crushing, it’s not even that bad of an experience, overall; it’s just that every flaw, every stumble and every cheap death is a brutal reminder of how good it could have been.