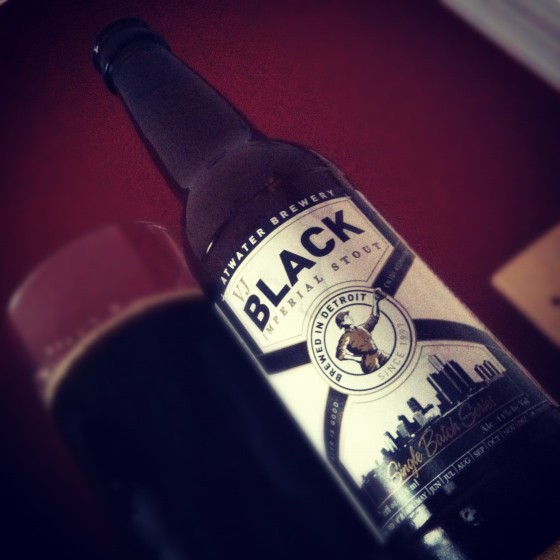 Welcome to the Friday Brew Review!

For the uninitiated, I feel obligated to provide a few words of warning. There exists an entire community full of individuals who’ve spent years fine-tuning their appreciation for beer. The knowledgeable members of this community approach beer-drinking with a cultural respect, honoring the legacy of brewing that’s been weaving itself throughout the entire narrative of human existence. They come together – sometimes at respected websites – to discuss the current state of the beer world. In many ways, these aficionados are like a beer-enthusiast version of the Justice League.

But if that’s the case, then I’m definitely fulfilling the role of Plastic Man.

Whereas my peers use concise language and agreed-upon formats to review beer, I just go for it. In the course of a review, I’ll ramble and use too many pop culture references and showcase my ignorance of the brewing process. But I’ll be damned if my reviews aren’t entertaining (even if only in that, “Honey, slow down so I can see the wreckage before it explodes” sort of way).

Don’t say I didn’t warn ya!

Having never tried a product of the Atwater Brewery, I decided to visit their website. From what I could gather, Atwater is a Detroit-based brewery that’s been pumping out potables since 1997. Additionally, the put a bit of emphasis on their hopes of keeping alive the traditions of German brewing – all of their equipment comes from Germany, and when service calls are necessary they make sure to bring in nationals. Atwater also has a taproom that’s open on the weekends, and brandishes the following slogan: “You can’t get any food back there, but who needs it when beer is on the menu?”

Looks like my admiration for Detroit is getting stronger!

I took off my Eel O’Brian shades and prepared to giveVJ Black Imperial Stout an ocular assessment. After pouring it into a standard drinking glass, I was able to determine that this beverage visually honors its heritage as a stout, presenting itself as a liquid of the darkest shade. It wasn’t until I was at the bottom of my glass that I was able to detect the hues of crimson, and even then they were difficult to see. Topped off with a quaint cappuccino-colored head, this imperial is soft on the eyes.

When assessing this brew’s bouquet, I couldn’t help but think of barista who eats candy at work and gets hammered after his shift. The first sensation that hit me was of a robust coffee. However, through the java-spirits I was able to conjure whiffs of black liquorice. But dancing around all of these scents was a malevolent alcoholic vapor, perhaps a consequence of the 11% ABV. Make no mistake, the smell of VJ Black Imperial Stout is quite pleasant.

When it first hit my gullet, the stout was sweet and welcoming. VJ Black Imperial Stout first presented itself with a taste of coffee + subdued-chocolate. I then began to pick up on traces of brown sugar, roasted something-or-other, and a healthy bitterness. Rounding out the taste was the presence of Alcohol, who used enough tact to stop by the party but leave before running into his ex-girlfriend’s new boyfriend. Lastly, it should be noted that there was an enjoyable mouthfeel – a creamy medium-body with just enough effervescence.

Overall, VJ Black Imperial Stout from the Atwater Brewery is a worthwhile beverage. I’m sure that if Plastic Man were to pound a bottle, he’d be inspired to turn into the shape of a wine bottle and present himself to a beautiful woman. But since I don’t have those powers, I’m goin’ to spend the night word-processin’ and drinkin’ more of it!