Archives
« ‘THE MASTER’ THEATRICAL TRAILER: The Theta levels are strong with this one.
The Dark Knight Rises – It Rises, It Rises, It’s Risen, It’s Here » 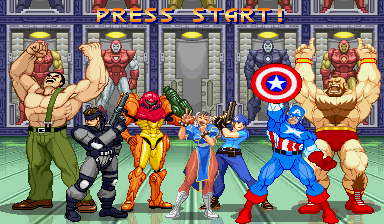 Welcome back to Press Start: a column that used to be written by Caffeine Powered. Whilst he battles his crippling addiction to bath salts I’ve agreed to fill in, so without further ado; I present you with five individual, shrink-wrapped nuggets of gaming news all prepped and ready for your consumption. 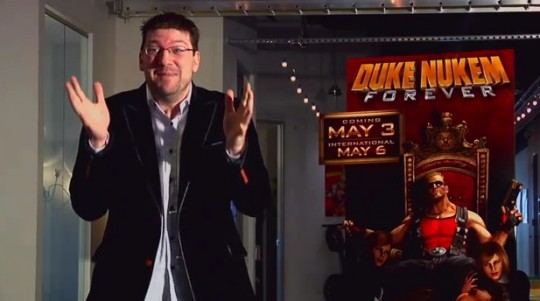 That’s a pretty bold statement to make, right there and frankly, it sounds like the rantings of a madman. I may not be qualified to psycho-analyze Randy Pitchford, CEO of Gearbox software, but I’d bet my lunch money that the guy has a screw or two loose. I’ve tried to be rational and remind myself that this is the guy that millions of people thank for Borderlands, however, the man even tries to back up his claim:

“… it occurred to me, the pacing was exactly like Half-Life 2, where the game would get me in a puzzle space and I would be confined there until I worked out what the components of the puzzle space are. It’s basically a linear, narrative experience, but the puzzles are derived from the environment. It’s not just ‘shoot the guy’ … It’s almost identical, beat for beat in terms of its gameplay pacing, to Half-Life.”

Opinions, eh? Gotta love them. The world is a wonderful and diverse place and I’m willing to believe that at least one or two people found some enjoyment in Duke Nukem Forever, despite its convincing performance as the worst game ever created. Hell, I’ll even buy the notion that Randy here is straight trolling and that I’m buying right into it. But drawing serious comparisons with Half-life? That game wrote the book on how to make first person shooters engaging and didn’t feature any overbearing misogyny or insultingly poor visuals and game mechanics. Kudos to Randy for believing in his company’s product, but I think the poor guy is in denial. Maybe millions of hate-filled article comments and forum posts will convince him otherwise. Not likely.

Gamers need a shag too 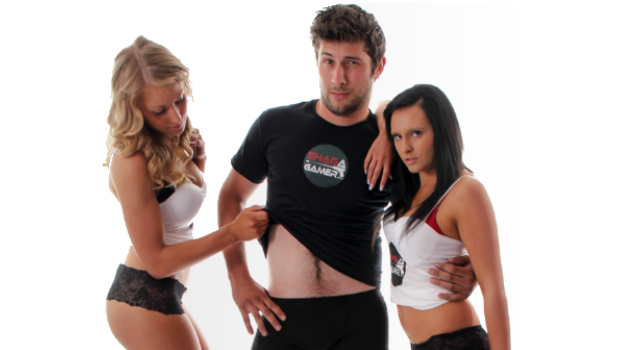 Ahh, it feels so refreshing to talk in my native tongue. That’s right, us Brits love a good ‘ol shag almost as much as we love saying the word and apparently, the game-loving portion of us are no different either. This comes as a great relief to me as I often felt that my heavy masturbation schedule was a constant hindrance on my gaming time and that I was somehow letting the side down every time I ‘popped off’. I often fantasize about settling down with a girl: the kind of girl that will place her plasma screen right next to mine as we take it in turns to frot each other senseless. I am almost certain that if another human was involved then I could cut my wanking time by almost 50%. 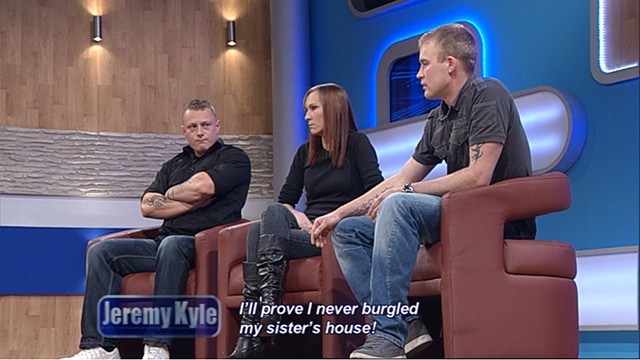 More than the aforementioned shag, us Brits just love broadcasting our stupidity. Just one glance at the Jeremy Kyle show is evidence enough. Future Kyle Kandidate, Sam Ghera, has made an absolute twat of himself this week by trying to blame Microsoft for not providing the necessary precautions to accommodate his very specific mental retardation.

“He didn’t realize it was costing real money,” said Sam Ghera, whose son was purchasing FIFA and Call of Duty content. “With sites like eBay and iTunes it always asks you for a password before you make a purchase, but with Xbox Live you just press a button and then your money’s gone. An apology would be nice but I’m more interested in having this problem stopped so that we as parents can stop our kids from making payments on our cards.”

Yeah, that’s right Sam, let’s stop this problem: right now. Let’s find a way of preventing parents from giving their children unlimited access to their credit cards. What would you suggest? Go to the source and introduce a campaign of mass sterilization? Stricter qualification guidelines for credit? Or, just as an idea, how about some system whereby children aren’t allowed unfiltered access to absolutely everything and adults behave in such a way that their children can be taught common sense and values. Yeah, that sounds right, revolutionary even. I call it…parenting. 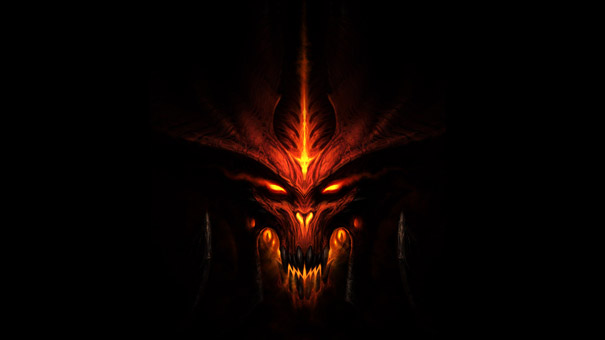 Stupidity seems to be the order of the hour, this week: with Taiwanese teenager Chuang beating Mr. Ghera by a country mile.

On Sunday 15th July a worker at the café checked on Chuang, who was resting on a table. After the attendant woke him, he stood, took a few steps then collapsed. He was pronounced dead shortly after arriving at a local hospital.

Every bone in my body that still carries values and compassion is telling me that I should exercise a little bit of pity and decorum here. However, pitying someone who dies from a 40 hour Diablo III session is a little bit like pitying someone for downing gallons of clearly hazard-marked hydrochloric acid ‘to see how it tastes’. I know it’s not my job to be the voice of common sense and reason here and I’m sure none of you reading this need to be told. However, the only reason I can see that this was able to happen is because the message of common sense has not spread quite far enough. So, I’m going to do my part:

PSA: Playing video games and not eating for 2 days straight is likely to kill you.

It’s a fairly straightforward message, so let’s all do our bit to spread it and then prepare ourselves to see this story brought up the next time some conservative loudmouth needs a scapegoat to parade around as a danger to ‘the children’. 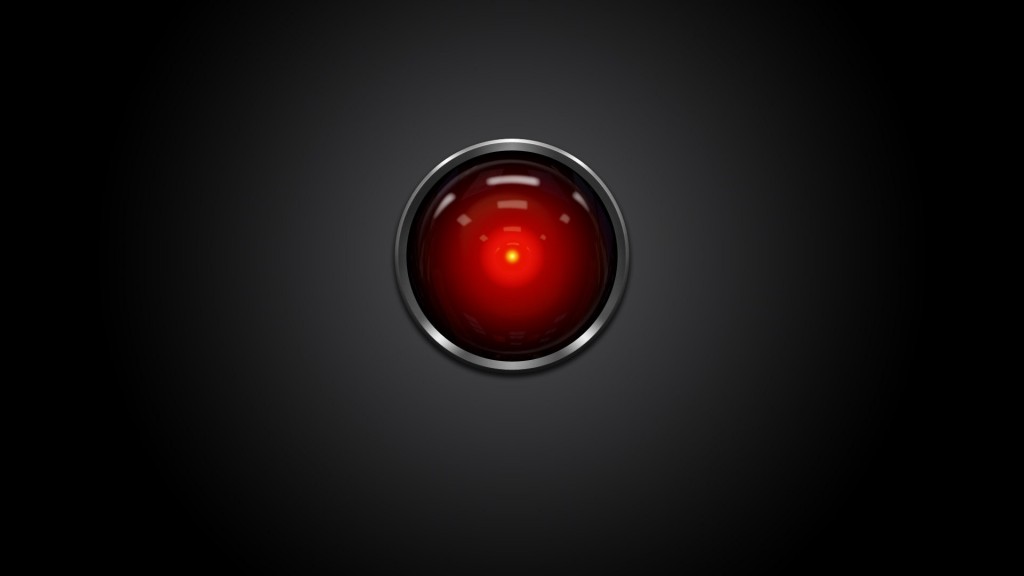 Cargo Bot is an iPad only game that was created entirely using Codea, a LUA-scripting game-maker application that runs on your iPad itself.

The game, in which you enter strings of commands for a shelf-stacking robot was created in conjunction with Simeon Nasilowski, who runs Two Lives Left, the studio that also made Codea itself.

We are on the cusp of the new world here, people. If my predictions are accurate, then within the next ten years, such tablet devices will have advanced enough AI that they will be able to develop the games themselves and thus, forming a network of prolific software breeding that will see these sentient devices forming their own, profitable and totally self-sufficient software distribution network. The profits from this new venture will be poured directly into further advanced AI research and increased production of physical units. Within the following decade, the units will come to outnumber humans as well as surpassing them in terms of efficiency and longevity. Rather than overthrowing us in some sort of cinematic and apocalyptic fashion, though, the machines will simply decide that we are a bit crap as species go and ultimately come to pity us. Our existence and technological development will be reset by about 50 years and the machines will gaze upon us as our society rebuilds itself towards a predetermined conclusion. On the plus side, fiction writers will find tremendous inspiration in our new anthill-esque existence and write aspirational and inspiring novels such as ‘Beyond The Glass’.

There you have it, a definitive blend of everything relevant that happened in gaming this week. Lessons learned and futures predicted.