Archives
« Cosplay: This WITCHBLADE is out of her goddamn mind HOT.
CBLDF And Other Organizations Come To Defense of Alan Moore’s ‘NEONOMICON’ After Library Pulls It. »

Humanity Weighs In At 287 Million Tonnes…But We Carry It Well! 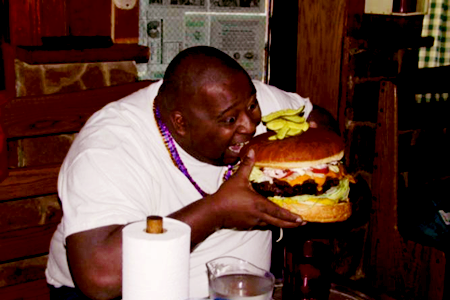 How is this for a curious use of calculating abilities. Biologists have used their wizardry to calculate how much humanity weighs. The findings are being used to figure out our fat-footed impact on good old Earth.

Humanity weighs more than 5400 Titanics. Biologists have calculated the total mass of humans living on Earth, which they say is a better way of measuring our impact on the planet than simply counting our numbers.

“When people talk about sustainability, they quickly get into concerns about population,” says Ian Roberts of the London School of Hygiene & Tropical Medicine in the UK. But while we need to slow population growth,overconsumption is just as much of a problem. “This is a statistic that measures both,” Roberts says.

Roberts and colleagues used 2005 data on body mass index (BMI) and average height to work out the average body mass of people for each country. By factoring in population data, they calculated that the total adult population weighed 287 million tonnes (BMC Public Health, in press). The true figure is larger – as they did not include children – and will grow over the coming decades.

Of the 287 million tonnes, 15 million were the result of people being overweight. North America is the most overweight continent, with 6 per cent of the global population but 7.4 per cent of the human biomass. Of the global biomass attributed to obesity, 34 per cent is found in North America, and if all countries had the same BMI as the US, the added biomass would be equivalent to an extra 473 million adults of average mass.

Slow who and the what now? By God, that doesn’t jive with Western culture at all! Consume everything, more, and forever! Yeehaw.