Head of PIXAR Says a Pixar/Marvel Movie Is Possible. Let’s Get This Done. 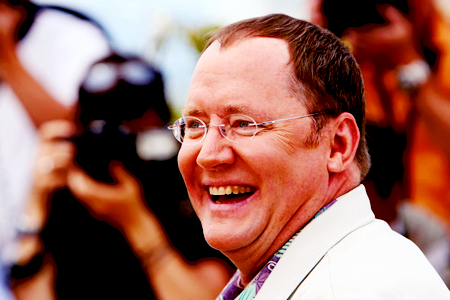 Ever since Disney bought Marvel, the lot of us have been fapping to one idea. Pixar, the studio from whence all others are judged, could theoretically rock out to a Marvel movie. Recently while promoting Brave, the head of Pixar has once again stroked these fantasies. Just a light grip, ever so slowly.

If there’s one person who should be able to instill some hope in fans wishing that Disney’s stake inMarvel and Pixar studios could lead to a collaboration someday, it would probably be animation stalwart and Pixar founding father John Lasseter. While Pixar has been generating quality films from “Toy Story” to this week’s release of “Brave” (our review here) for some time, the acquisition of Marvel Studios still feels fairly recent, and the overwhelmingly creative folks at Pixar don’t seem the type to pick up a franchise for a quick buck.

Lasseter sat down with Collider for the “Brave” press junket this past week in Scotland, and seemed relatively inviting when posed the question of a possible Marvel team-up with his studio Pixar, saying, “Well, I can’t say anything about that because Marvel just got—[they’ve] been a couple years as part of the Disney company, we’ve been six years as part of the Disney company. And at Pixar, we stay focused on making original films. Even our sequels are kind of created internally and we come up with ideas [on our own]. I’m also leading the Walt Disney Animation Studio and all of that.” Though he doesn’t rule it out completely, and leaves the door open to the possibility saying “these studios are filmmaker driven studios, so if a filmmaker comes to me and says, ‘Hey, I wanna do this,’ then I would be really open to it.” Sounds like an interesting prospect, and it’s no surprise that Lasseter would want a director driven approach, as Pixar honchos famously depend on filmmakers to partner up with fellow producers to create original and compelling ideas for films before they ever even go near their animators.

…What if we say please?