Monday Morning Commute: Beyond the Grave 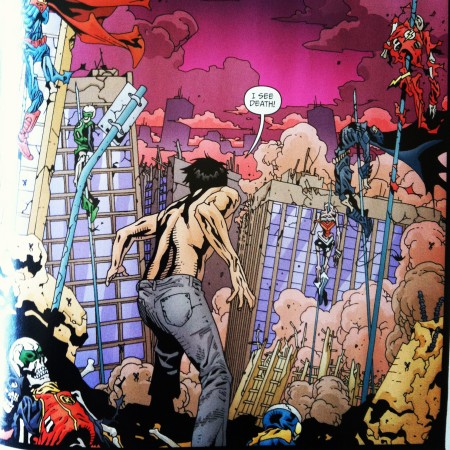 After being dead for ten months, it feels amazing to walk the Earth again. To feel the carpet beneath my toes, to bear hug loved ones, to booze in the fellowship of my ka-tet. These are the moments that the universe is pushing us towards, the acknowledgment of those simple pleasures that can only be appreciated when our spirits and minds are where they’re supposed to be.

`Cause let me tell ya, there’s nothing worse than being a poltergeist. I’ve been there. Roaming about, looking for a place to say, nothing more than a broken spirit relegated to brief appearances and disruptive dispositions. I’ve been that figure that people’re surprised to see, and not always pleasantly so.

It might be a perfect way to be dead, but it’s no way to live.

Welcome to the Monday Morning Commute! I’m going to show you some of the various ways I’ll be entertainin’ myself during the week. After scoping out my wares, it’s your task to make your presence known in the rumble pit known as the comments section. What movies, comics, beverages, albums, and activities are you lookin’ forward to rockin’? 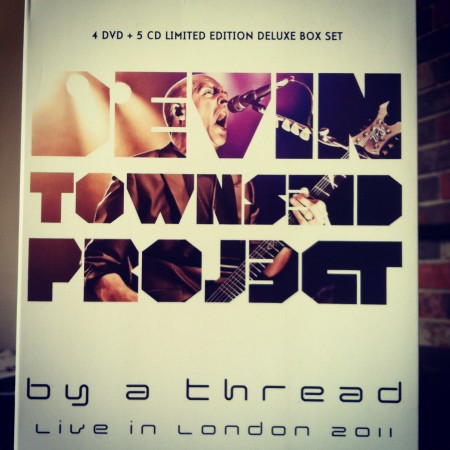 Having pre-ordered the Devin Townsend Project’s By a Thread boxset, I’m lucky enough to have it in my possession a day before the street date (woo-hoo! total nerd bragging rights! blahblahblah!). Filmed over the course of four nights, these DVDs cover full performances of every album in the DTP sequence. While the video isn’t HD/Blu-Ray/3D Smell-o-vision quality, the performances are goddamn mind-blowing.

This DVD/CD collection is admissible evidence of what can happen when an artist isn’t afraid to wear his heart on his sleeve.

Finally Readin’/The Wind Through the Keyhole 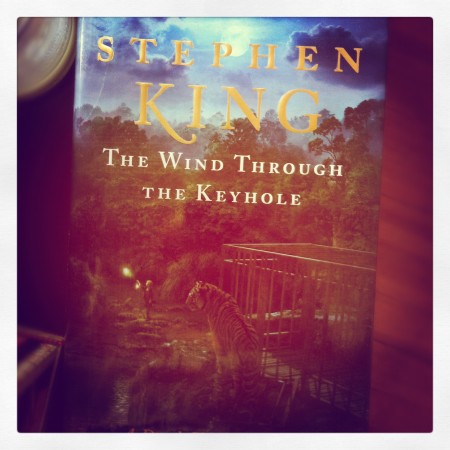 Despite some issues I had with its conclusion, I would definitely say that Stephen King’s Dark Tower series ranks up there with my most worthwhile reading experiences. The universe(s) it takes the reader through, the characters to fall in love with and detest, the vernacular to learn, the battles both epic and mundane, they all blend in the crucible to forge an alloy that any nerd would proudly use for his narrative sword.

Anyways, I’m amped to read The Wind Through the Keyhole, the eighth novel in King’s epic series. Although I’m weary any time that a creator goes back to a successful property of yesteryear, I take solace in the fact that this book tells the story of a side-quest between Wizard and Glass and Wolves of the Calla. Moreover, I’m pretty sure the majority of this mid-quel consists of a flashback as Roland recounts a tale from his past.

In any case, I’m ready to once again travel upon the path of the beam. 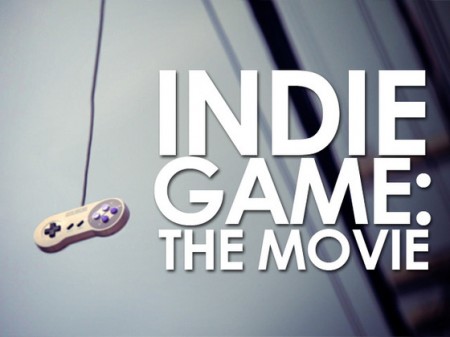 The other nite, Caffeine Powered told me he wanted me to watch some movie about video gaming. Although big brother’s suggestions are usually awesome, and I will forever be indebted to him for guiding me towards the nerd realm of comics/heavy metal/caffeine, I can be a real skeptical butthead. So I grumbled and groused about the fact that I don’t even game regularly, and I begrudgingly sat down to watch this movie.

Indie Game: The Movie is one of the best documentaries I’ve ever seen. More than about video game development, this flick is about the quest for personal greatness, the desire of individuals to achieve their dreams despite the incredible obstacles before them. As an aspiring writer, I found myself inspired beyond belief by the tenacity and creativity of the subjects.

There are three games featured in this documentary, and each illuminates a slightly different situation. On the one hand, there’s Phil Fish’s development of Fez, a game that received tremendous accolades during its incipient stages but proved incredibly difficult to finish. We see Fish doing his best to finish a game that’s already under incredible scrutiny while dealing with a meddlesome former partner as well as his own expectations.

Then there’s Jonathan Blow, the man responsible for Braid. Although the game is respected and adored, Blow worries that its not being appreciated for the right reasons. As a result, Blow becomes quite outspoken and ends up being derided by the very gamers/critics that heaped praise upon his creation.

And my favorite subject is the duo of Edmund McMillen and Tommy Refenes, responsible for the creation of Super Meat Boy. Edmund is an affable creative type and Tommy is more of an introverted mastermind, but they’re a dynamic team with a clear vision. For Edmund, finishing Super Meat Boy will be the realization of childhood dreams and the ability to provide his wife the lifestyle she desires. For Tommy, the game will open the doors to helping his parents pay off their debts.

Even pixels and and digital noises are drenched in humanity.

So that’s where I’m headin’ – concert footage and fantasy realms and digital playgrounds.

What’re you up to this week?