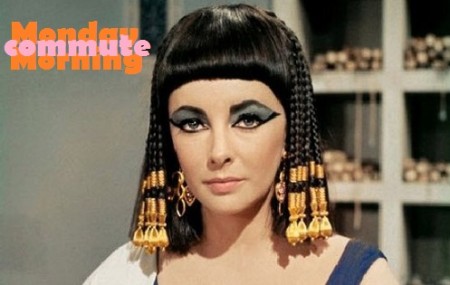 All hands on deck!

It appears that Spaceship Omega has inadvertently veered off course. Somehow, perhaps because Navigator Burton fell asleep after drinking too many Pepsi-and-gasoline cocktails, we have slipped into a pocket of spacetime usually avoided at all costs. That’s right, folks, batten down the hatches and brace yourselves! We’re headed right for it!

The beginning of the workweek!

As wave after wave of ennui, minutiae, and stress wash over us, we can rest assured. For every passenger of Spaceship Omega has a spot in the refuge known as the MONDAY MORNING COMMUTE! What is this sanctuary, you ask? Well, this is where I take the time to show you the various bits of entertainment and mind-drivel I’ll be using to survive the onslaught of real-world responsibilities. Then, you hit up the comments section and tell us which floatation device you’ll be clinging to when your ass is tossed into the Ocean of Obligation.

Yes, beneath the half-baked metaphors and bleeding-heart-on-my-sleeve hyperbole, it’s folks tryin’ to point one another in the direction of cool shit.

Oh no! Another wave! Let’s do this! 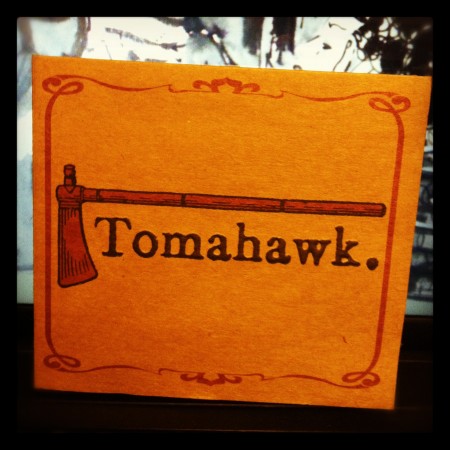 I’ve been spending a lot of time jamming out to the self-titled debut of Tomahawk, one of the many projects of musical [genius/madman] Mike Patton. Listening to these tunes is akin to emotional teleportation, moving from rage to joy to sorrow to furrowed-contemplation with a swiftness imperceptible to the unactivated human perception. Supported by a veritable supergroup of members of The Jesus Lizard, Helmet, and the Melvin, Patton gets the chance to sing and scream and whisper and croon in all those ways we’ve come to love.

In case you can’t tell, I’m goin’ nuts for Tomahawk.

Blackmail on rocks
Nickels on a squirt gun
The jailbirds sing at the crack of dawn
We got records, they’re locked in my head
I gotta a feelin’ this deal has gone bad
The cat’s in the bag and the bag’s in the river 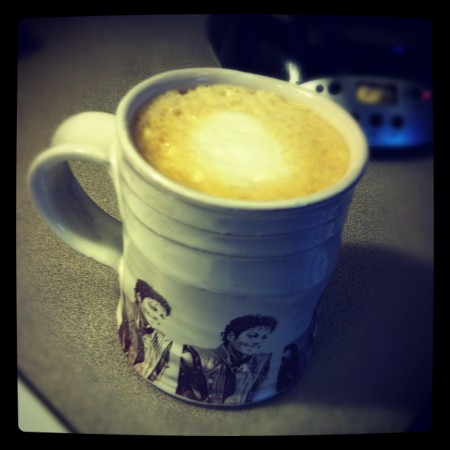 I like to think of myself as an admirer of caffeine in all of its various delivery-forms.

As such, I’m hardly the type to scoff at the notion of sitting back with a cappuccino. However, what I’m not a fan of is the goin’ rate for a cup of frothy-milk-plus-coffee. Additionally, home espresso machines are a bit costlier than I’d prefer, especially considering how infrequently I would use one if I ever made the purchase.

I kept thinkin’ and thinkin’, tryin’ to find a way to Alexander my way through this Gordian Knot.

And then, when all hope seemed lost, I did it!

Yes, the photo you see above is a cappuccino I made without the aid of an espresso machine. What’re my secrets? Well, let me share with you my fabrication techniques!

– While the coffee’s brewing, heat up some milk in a sauce pan. Make sure to stir the milk so that it doesn’t burn, `cause the mission’s a total failure.

– When the milk is hot as hell, pour it into a metal water bottle and seal it as tightly as possibly.

– Being careful not to burn yourself (I used oven mitts), shake the water bottle as hard as you can. You may want to do some additional training for this.

– Fill a mug (preferably one with the image of the King of Pop on it) about halfway up with the uber-cawfhee. Then pour the now-frothy milk on top. 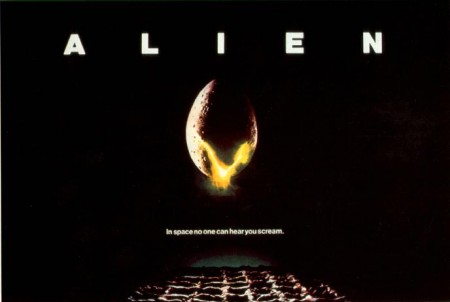 This Friday sees the release of Prometheus, a flick that I’m incredibly excited to see. Why am I so pumped for this flick? Well, because it’s a science fiction film directed by Ridley Scott and starring both Michael Fassbender and Charlize Theron.

In fact, I’ve been making a concerted effort to avoid any promotional materials for movies that I know  I’m going to see. So yes, despite being one of the mechanics of a nerd-entertainment blog, I know very little about Prometheus. However, what I did hear months and months ago is the fact that there’s going to be some  sort of connection to ALIEN.

So instead of watching trailers or TV promos, I’m just going to sit down and revisit Ridley Scott’s 1979 masterpiece. If an underwear-clad Sigourney Weaver traveling through outer space doesn’t get me excited, I doubt anything will.