Archives
« ‘PROMETHEUS’ Is Officially RATED R. This Rules.
WATCH: Batman Tries Out For ‘AVENGERS’, Is A Bit Raw For Their Palate. »

Scientists Turn Mouse’s Genes Off And On With RADIO WAVES. Oh Science, You. 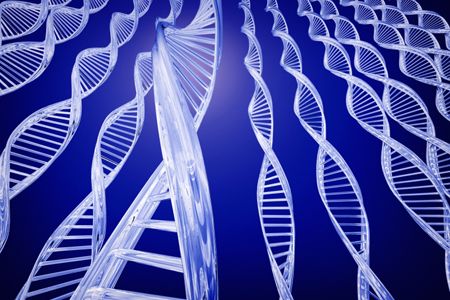 Some laboratory mice were given specially engineered insuling-producing genes. These genes were then remotely activated using radio waves. This could mean a whole new field of medical procedures in which we turn genes on and off at will.

This breakthrough is the work of geneticists at New York’s Rockefeller University. It’s a pretty circuitous path from the initial burst of radio waves to the activation of the gene, and there’s still a lot of refinement and improvement that needs to be made before this can be used in medical treatments, but still – we’re talking about the ability to modify the behavior of genes without ever going inside a patient’s body. That’s a potentially colossal advance.

Admittedly, while the treatment itself is totally non-invasive, the researchers did first have to inject some nanoparticles onto the mice’s cells in order to affect their genes. It’s a bit of a complex process, but  Nature  has a good explanation of just what was involved:

Friedman and his colleagues coated iron oxide nanoparticles with antibodies that bind to a modified version of the temperature-sensitive ion channel TRPV1, which sits on the surface of cells. They injected these particles into tumours grown under the skins of mice, then used the magnetic field generated by a device similar to a miniature magnetic-resonance-imaging machine to heat the nanoparticles with low-frequency radio waves. In turn, the nanoparticles heated the ion channel to its activation temperature of 42 °C. Opening the channel allowed calcium to flow into cells, triggering secondary signals that switched on an engineered calcium-sensitive gene that produces insulin. After 30 minutes of radio-wave exposure, the mice’s insulin levels had increased and their blood sugar levels had dropped.

The radio waves are ideal for this sort of remote manipulation because they can pass through thick layers of tissue, and they can be easily focused by the TRPV1 channel to affect only the desired target. Lead researcher Jeffrey Friedman says that, although this particular treatment had to do with insulin production, this isn’t actually meant specifically as a diabetes treatment. That’s a good thing, considering this treatment is massively more inefficient than many diabetes treatments currently available. Instead, this is just meant as a general proof of  concept, and insulin production happens to be one of the easier gene activities to manipulate.

TL;DR? Scientists have found a way to turn genes off and on with radio waves. This first test with insulin-based genes was a proof of concept, and now that it is successful hopefully they will be turning to work on cooler things. Like flight. Or something. Definitely flight.