‘DEAD OR ALIVE 5’ Has Costume-Specific TITS PHYSICS. Well Then. 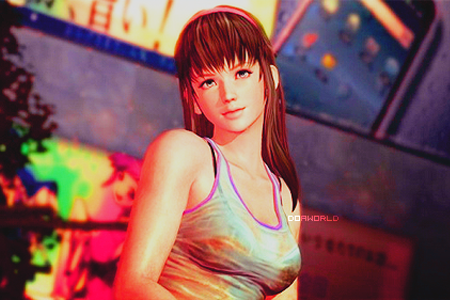 Jesus Christ is the DoA  series a horndog’s most spank-worthy video game franchise. They cut their rug on having crazy ass titties bouncing around, and it seems they ain’t keen on letting that championship belt get away from them.

Since the departure of Tomonobu Itagaki back in 2008, Team Ninja has attempted to shake its reputation as nothing but a stylish, sex-crazed gore factory. It attempted to give Ninja Gaiden’s Ryu Hayabusa  a softer side, for one. Only two months ago, Team Ninja head Yosuke Hayashi said  Dead or Alive 5  will  rise beyond  “sex and violence,” instead pursing “a direction that contains emotional experiences that can move players.”

Now, in an interview with  Famitsu, Hayashi has now revealed that  Dead or Alive 5‘s voluptuous vixens will feature costume-specific breast physics. Furthermore, each costume will have varying levels of transparency. It  sounds  like a contradiction to Hayashi’s previous statements … that is, of course, until you realize that “move” is a very ambiguous term.