Joel Kinnaman Says The New ‘ROBOCOP’ Will Be More Human. Cause We All Cyborgs Now! 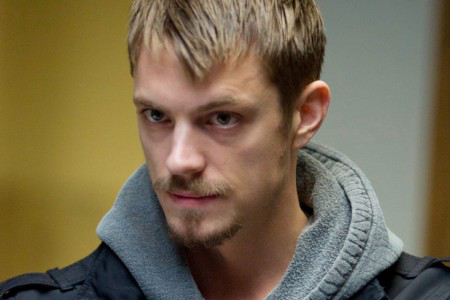 Actor Joel Kinnaman has been cast as the lead in the RoboCop remake, and he’s been speaking out recently about the gig. Usually I wouldn’t really pay attention to this fuzz, but Kinnaman hit on a hot topic that I think may agitate some Nerd Asses.

We’ve heard suggestions from Padilha that his take on the film will be a little bit less exaggerated sci-fi cop movie than Paul Verhoeven’s original satire was. Now we’ve got one more detail: Kinnaman says this new version of the character “is going to be a lot more human.”

Speaking to MTV, Kinnaman praised Padilha (“José Padilha is a badass. He’s the real deal.”) and talked about the new film being influenced by current studies in neuroscience:

There’s a lot of neuroscience now raising the question, ‘Is all the intelligence in the human body in the brain?’ and they’re finding out that, no, it’s not like that. The body has intelligence itself, and we’re much more of an organic creature in that way. It’s not a control tower that does everything.

He said this film will not quite have the tone of Verhoeven’s movie – a good thing, I think, because why try to directly replicate something that still works quite well? – but that there will still be an edge of satire to the telling.

He explains in part,

It’s a re-imagination of it. There’s a lot of stuff from the original. There are some details and throwbacks, but this version is a much better acting piece, for Alex Murphy and especially when he is RoboCop. It’s much more challenging… [The helmet is] not going to be jaw action. They’re still working on the suit and how it’s going to look, but the visor is going to be see-through. You’re going to see his eyes.

I ain’t just fine with this take, I’m all for it. If its just going to be a refried beans effort, why even bother? But if they dare to re-envision the son of a bitch, they might as well take into account all the leaps in technology since the original was filmed. They can still riff on the jarring post-humanity awakening without having him walk around like a clunky asshole. Yes. I said it.