Archives
« ‘DARK KNIGHT RISES’ Bane Converse All Stars Are Dork Swag.
Mark Waid SELLS ALL HIS COMICS To Go All In On Digital Comics » 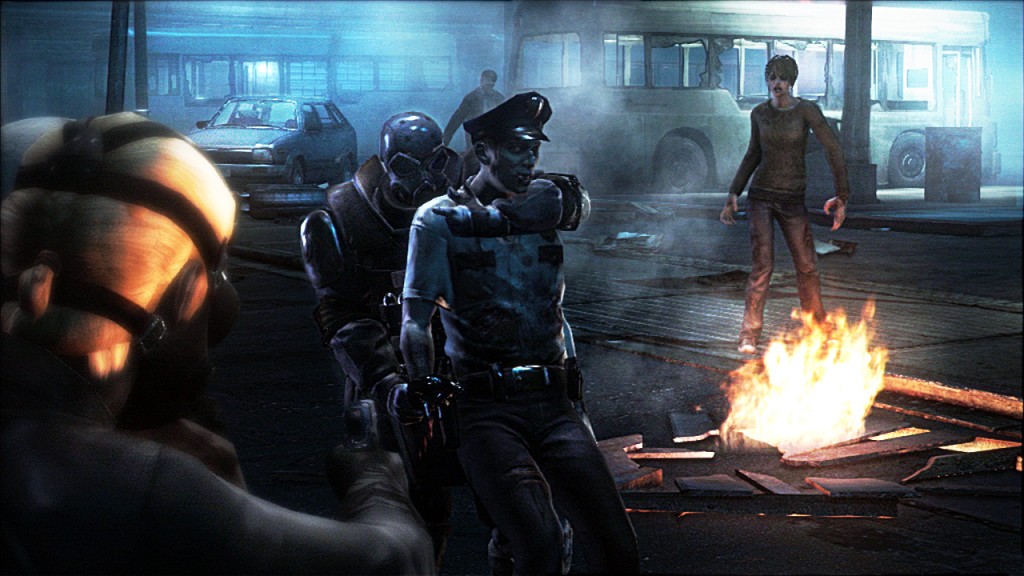 Playing as a member of the Umbrella Security Service you are tasked with a variety of missions taking place in and around the events of Resident Evil 2 and 3. In the simplest terms, you play as the bad guys, replete with their raspy, mysterious voices, all-black outfits and ill intentions. With the ever-present Umbrella Corporation as your master, you will find yourself tasked with all sorts of nasty business; corruption, betrayal, murder and of course, zombie clean-up. You know the drill by now.

Operation Raccoon City’s single player mode plods along at an almost soul-sapping pace. You, along with your seemingly brain-dead AI squad, go through the motions of every third person shooter to date. Cover, shoot, replenish, yawn, repeat. Functional though it may be, there’s a distinct lack of personality to the proceedings: odd, given the franchise and its reputation for surprise and innovation. For a game built by Slant Six – a team whose career rests on their familiarity with squad mechanics and fully-featured shooters- there is an unsettlingly sparse amount of abilities at your disposal. Running and shooting are taken care of, as is a fairly intuitive cover system, however, these are somewhat soured by the flimsy, unchecked close-quarters combat and the sad fact that those four features are the sum total of your entire repertoire. Umbrella really should put more money into training their Special Forces units.

Despite its failings, there is undoubtedly an element of fun to be had. High points include zombies rigged with dynamite, setting zombies onto your human foes and fighting several Tyrants at once. There’s also an undeniable sense of joy to be gained from hearing the characteristic Resident Evil sound effects and seeing the events of the Raccoon City incident unfold from a different perspective.

The largest problem you’ll be forced to suffer is those barely functioning team mates of yours. Painfully erratic and woefully useless, the team A.I. will get you killed more often than they will save your hide, or be of any use at all. The upside of this, of course, is that it forces your hand into trying the online co-op, where thankfully, the game begins to shine. 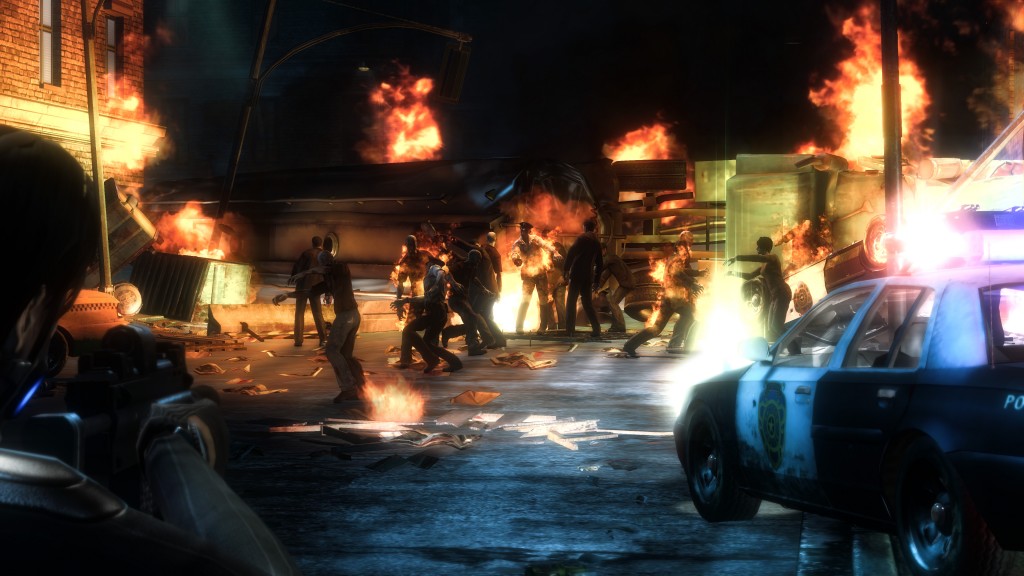 The online portion hosts a multitude of game modes: all with varying degrees of fun and/or fan service. For the latter, you have Heroes mode: essentially a team deathmatch that sees you playing as key figures from Resident Evil 2 and 3. Leon, Ada and Hunk all make appearances and bring some all-important nostalgia to the regular versus scenario. Each type of deathmatch is full of the kind of chaos that gives the game some much needed personality. Hunters, Lickers and even Tyrants will, from time-to-time, all see fit to crash your party. This allows you to pick off the enemy team when they have their hands full, or try and take down the bio-engineered bruisers to score some big points for yourself. Alongside the creature cameos, each map is populated with flesh-hungry zombies that go berserk whenever you get hurt enough to bleed and can even turn you: setting you against your now morally-conflicted teammates. Alongside these modes you also have the choice of G-Virus (a modified capture the flag style mode) and Survivor. Of these, Survivor proves to be the most interesting: pitting you as it does in a ten minute survival challenge that sees you fighting off the standard infected goons and, of course, the rival team. The twist is that after the ten minutes is up, a chopper arrives, with limited spaces and the end of the match becomes a frantic rush to the extraction point: wading through swarms of the undead and attempting to trip up the opposition in a bid to escape Raccoon City. It plays just as it should and will provide no end of by-the-seat-of-your-pants victories.

The online aspect extends its medicinal tentacles further still by managing to bolster the single player campaign. Alongside a friend, or three, the game suddenly starts to work. Previously frustrating challenges become tactical teamwork exercises and the banter will help you forget some of the more mundane sequences. It might not be able to fix some of the weaker control aspects, or gloss over the fact that there’s very little in the way of innovation, but you can dish out the virtual back-slaps with fair regularity and there’s always the chance that somewhere down the line, you can reminisce with your bros about that time you rolled over two Tyrants at once. Remember that? Yeah, that was rad. 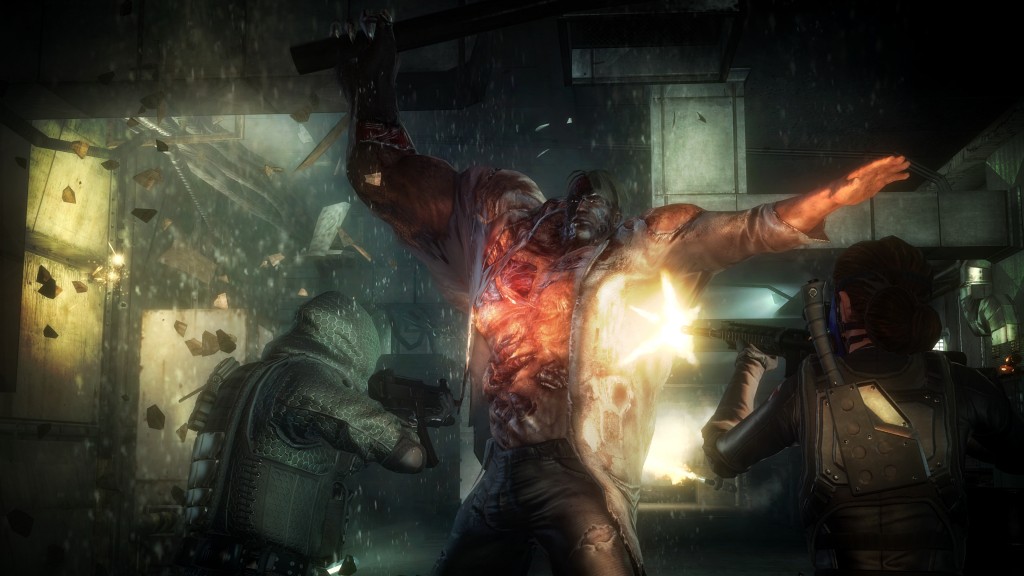 Being the miserly, introverted curmudgeon that I am, proclaiming that a game is saved by its multiplayer aspect is a once in a blue moon occurrence. Operation Raccoon City, however, is the perfect example of a game that is better with numbers. This may not be the Resident Evil you shit your childhood underwear to, nor is it the frantic, action-horror perfection of Resident Evil 4. It is, however, a game that focuses on, and succeeds at providing a well-rounded multiplayer experience with enough Resident Evil fan service to make it a worthwhile addition to your now bulging collection.