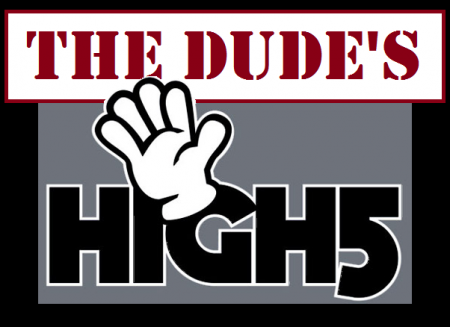 Another Wednesday, another set of High 5’s.   Hit the jump for more.

This week’s high 5s are all about badass 80’s action heroes.   The dudes that you rooted for when they mercilessly killed wave after wave of henchmen while making cheesy quips. 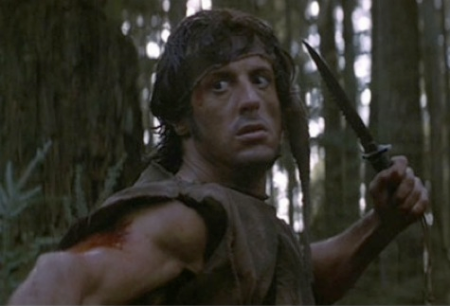 Rambo spans three decades of badassery.   Rambo got his start in First blood, and while he isn’t technically responsible for any on screen deaths, he certainly asserts his dominance.   Rambo is such a part of pop culture that his name has even entered the social lexicon meaning total fucking death machine.   While Rambo has far and away the highest kill count of any on the list, he’s relegated to number 5.   Why you ask?   While killing everything in sight is certainly a good road to take to badasserdom, it’s by no means the only road.   All of his kills come from Hollywood looking to make a quick buck with name recognition. 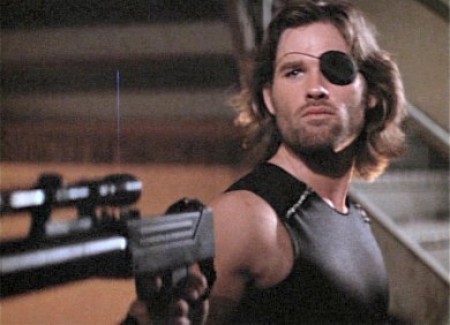 Snake has far and away the lowest kill count of the badasses on this list.   Perhaps that’s what makes him so cool.   He’s able to accomplish his mission, get the girl, and make a clever quip all without having to resort to murdering every other person he encounters.   To add to his badass reputation, he’s one of the principle inspirations for Solid Snake, an icon in his own right. 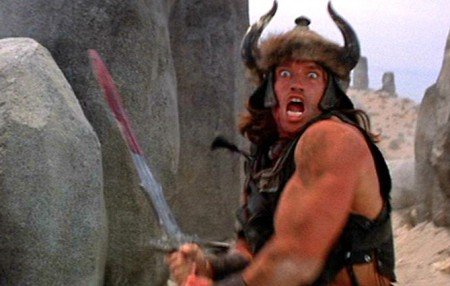 Conan’s tale is the tale of every man.   Having your family slaughtered in front of you and then being kidnapped for a life of forced labor to ultimately murder and be murdered in a gladiator pit is simply a metaphor for our struggle to put our childhood behind us and enter the working world.   Conan manages to overcome his demons by using his sword and his wits.   His path is one we should strive to walk every damn day of our lives. 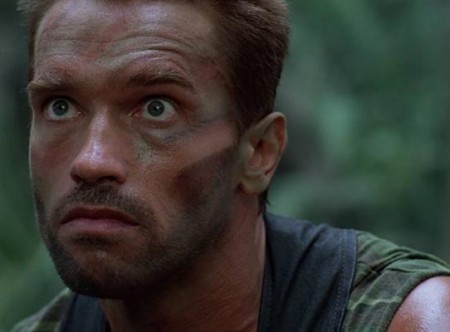 We’re doubling up on Arnold with the inclusion both Dutch and Conan.   These are two very different badasses.   Beyond the tools that they use, their motivations are different.   While Conan is more of a revenge driven hero, Dutch is all about surviving.   Also, not content to merely tackle Earthbound foes, Dutch manages to take down one of the most feared and prolific villains of the 20th century.   While Arnold certainly had the most badass characters of anyone in the 80’s, I selected Dutch because I felt like he was a catchall for his typical 80’s military man, burning the countryside and defending the Earth.

No one dies harder than John McClane.   The song even says so.   John McClane is the most badass man ever to appear on film in the 80’s.   While most of his movies came in the 90’s, the original Die hard makes the cut as it was released in ’88.   What most people don’t know is that Die Hard is based off the novel Nothing Lasts Forever by Roderick Thorpe.   The novel is a sequel to The Detective which was made into a movie of the same name starring none other than Frank Sinatra.   McClane’s tale has been told a thousand times in the past and it will be told a thousand times in the future.   He’s taken on terrorists, hackers, physics, bombers and bested them all.   He did it better than anyone else before him, and no one has done it better yet.   In 3,000 years, anthropologist will associate his name and likeness to the gods of Olympus.

What about you out there in the interewebs?   Which 80’s badass hero shaped your childhood into the finely honed instrument of nerd rage?