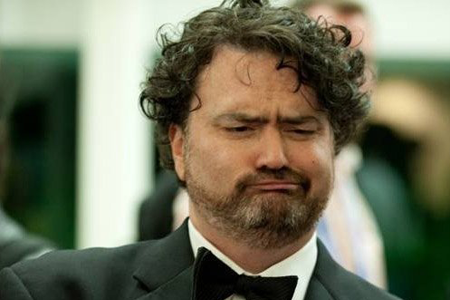 Tim Schafer and the rest of Double Fine have a considerable amount of money to work with. Through their record-breaking Kickstarter they raised over $3 million, far surpassing the $400,000 they were aiming for.

“It’s been an amazing experience,” Tim Schafer said as the last bit of funding rolled in for  Double Fine Adventure. “So much love.”

And so much money! The Kickstarter project, which aimed to collect a  mere  $400,000 for a new, classically designed adventure game from Schafer’s San Francisco-based studio, concluded with a total of $3,335,265 in funding — after just over a month. An accompanying documentary will capture its creation, step-by-step.

“I don’t want to say this is the end of the whole game industry as we know it … it’s not, it’s not!” Schafer joked, surrounded by festivities in the Double Fine office. As the Kickstarter clock counted down, the visibly grateful designer said fans no longer had to accept no for an answer when it came to their favorite “niche” entertainment. “You can choose.”

No pressure or anything! I wonder how this sort of fan-driven fund raising affects their approach to the game, or the pressure they place on themselves.