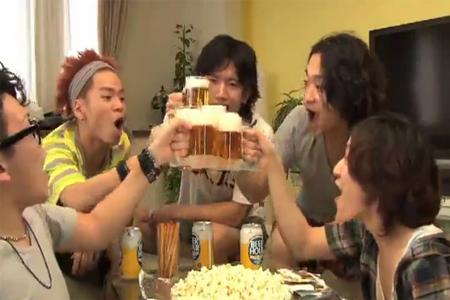 It’s the afternoon here on the Eastern coast of the Empire. Work is drudging. We seek the chemical escape. Let us momentarily bask in the power of technology. A technology that gives us self-frothing beer mugs.

Hit the jump to watch it in action.

I think I have been drinking and pouring my beer incorrectly. That’s the only way I can really explain this self-frothing beer mug from Japan.

The Takara Tomy Beer Jug Jokki Hour Foam Head Maker works by funneling beer from the bottom of your mug through a swirly straw that runs through the handle of the mug. And apparently, in Japan, foam on the top of a beer is considered a vital part of the beer drinking experience. Which seems weird to me, or am I really just a beer dunce