Face of a Franchise: The Brothers Metal 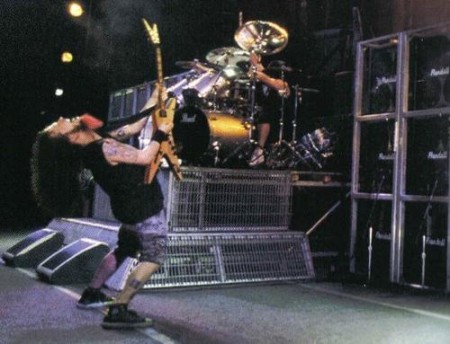 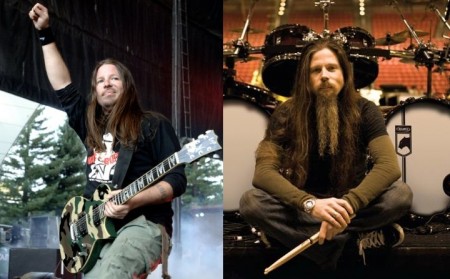 [face of a franchise presents individuals that’ve fulfilled the same role. your task — choose the better of the options at hand and defend your choice in the rancor pit that is the comments section]

Speaking from personal experience, I can say without hesitation that there is no relationship on the planet comparable to brotherhood. Friendships, business partnerships, and marriages are all pretty cool, but the connections between their members don’t carry the same weight as those between brothers. After all, we’re talkin’ about dudes bonded by BLOOD! And hell, I know that there’re some cool sisterhoods out there, but sorority members don’t have anything that fraternity members don’t have as well.

And yes, that includes slumber-party conversations about periods and boys’ dinkies.

In fact, the only relationship more inherently powerful than brotherhood is that of the METAL BROTHERHOOD! When you take two dudes that share genetic material, give them musical instruments, and encourage their bad ideas, then you’re bound to get something diabolically beautiful. Brothers – dudes that’ve spent their formative years hanging out, watching movies together, beating the shit out of each other, stealing nudie mags for one another – are more adept at collaborating on solos and breakdowns and subversive lyrics than anyone else.

With that in mind, we must now ask – who are most deserving of being known as The Brothers Metal?

In one corner, we’ve got Dimebag Darrell and Vinnie Paul of Pantera. These good `ole Texan-boys are responsible for creating some of metal’s most dynamic albums, pushing the limits of what it meant to be heavy while still tethering the listening experience to hooks and grooves. While Dimebag’s tragic demise closed the door for any additional contributions from the Abbott brothers, their catalog is deep and versatile enough to ensure that their names will be forever etched into the metal annals.

However, the world is still fortunate enough to have a couple of metal-slingin’ Southern brothers – we now find them in the form of Lamb of God’s Chris and Willie Adler. These rockers of Richmond, Virginia carry the torch by playing with an aggression and tenacity that simultaneously keeps them off the radio and attracts hordes of leather-clad minions. While some bands soften over the course of their career, Lamb of God’s newest release is proof enough that the Adler brothers are as dedicated as ever to catharthis-via-brutality.

And these dude’s have been behind some true insanity.

So who’re the most metal brothers – the Abbotts or the Adlers?