THIS WEEK ON Justified: The Devil You Know 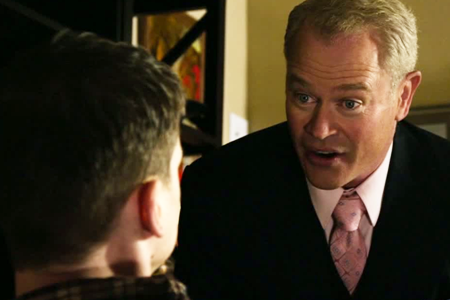 We rejoin Justified with Devil and a man named Tanner having a conversation about a meeting.   Quickly its revealed that Quarles is the man Devil is here to meet.   Quarles is working his way through the local thugs, so it was only a matter of time he got to Devil.   Quarles offers Devil a fast track to the big time.

I’ll give Quarles his due.   The man can talk.   He sells Devil on the concept of killing Boyd faster than you can blink.   Fathers in the greater Lexington area, watch your daughters, Quarles is in town and he’s about to charm the panties off them. 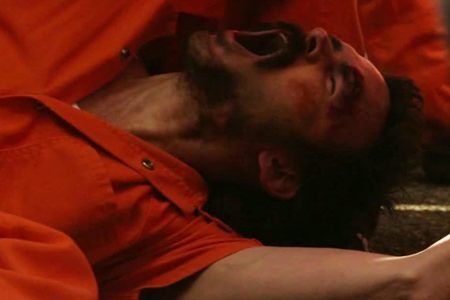 Dickey and Dewey have seen better days.   Yesterday in fact was better for them.   Today they find themselves getting shit-kicked by the whole of the prison lot (Footnote: Shit-Kicked is a clinical term developed by my friend Todd that is defined as being kicked so hard that all the shit literally falls out of your body … use it wisely my friends.)   The less-than-dynamic duo are quickly escorted to the clinic.   Turn out our new buddy, and corrupt guard, Ash is working with the prison doctor to bust out Dickey; Dewey just happened to get in the way.

Raylan and Rachel fast on the heels of Dickey and Dewey.   The doctor comes up with a cock and bull story about being jumped by a cripple and a moon brained yokel.       Ash uses this time to escape in the hearse that was scheduled to take out an old time that expired.   Ash callously executes the driver and hooks up with his crew.   Ash is in for a penny and a pound now. 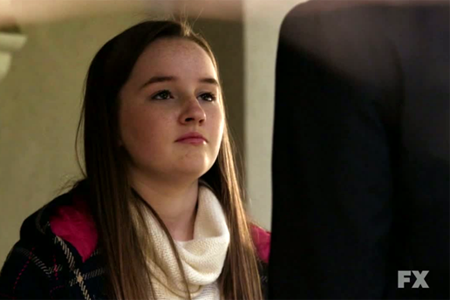 Raylan is hot on the trail of the missing Bennett cash.   He even goes as far as to seek out Loretta.   Loretta tips off Raylan that Limehouse just might have what he’s looking for.   Raylan and Rachel have a pleasant conversation about the missing money and escaped fugitives.   Limehouse is no fool.   He’s been in the game a while and carefully sends the two marshals on their way.

Ash and Dickey arrive at Limehouse’s just in time to see the checkpoint that the marshals left.   This is obviously a problem.   Dickey persistently calls Limehouse and organizes a drop spot for the Bennett fortune. 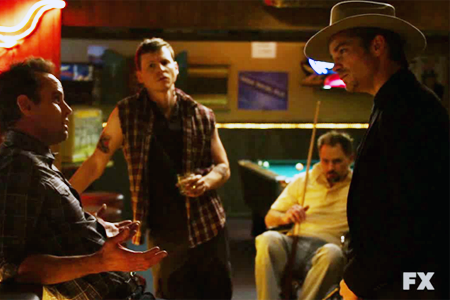 Devil returns from his meeting with Quarles to find Boyd counting out his share.   Before Devil can voice his complaints about the lightness of his cut, Raylan crashes the party.   He, as always, pleasantly chats with the group, even going so far as to tell a colorful story about his parents.   Seems Raylan’s parents have history with Limehouse.   Raylan informs Boyd that Dickey and Dewey has broken out of prison.   Raylan’s a clever mofo.   He knows that Boyd wants something from Dickey, and uses him to get the name of the guard that broke them out.

Devil can’t stay silent for long.   I guess he’s not called Devil for his enduring patience.   He approaches Johnny about a proposition to remove Boyd as their leader.   He reminds Johnny of Boyd’s past transgressions.   Devil has lost faith in Boyd and goes about shaking Johnny’s faith as well.   All that’s left to do is to take out Boyd.

Raylan arrives at the motel where Ash is hiding Dickey and Dewey.   The scene is amazing.   Right out of the gate there is a classic homage to pulp fiction.   I don’t usually call out directors by name, but I want to give Dean Parisot a slow clap.   I loved Galaxy Quest too, so thank you for both those things. 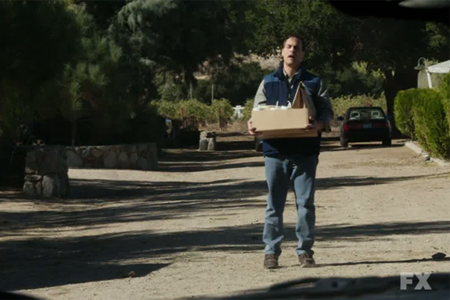 Ash is returning from a food run when he looks up and sees Raylan.   Raylan in turn recognized Ash.   Before he can draw and fire on Raylan, he is run over.   Well, technically he rolled over Raylan’s car and then Raylan backed into him.   Seizing the opportunity provided them, the rest of Ash’s crew escapes.

Looks like the doctor has taken over as the goon squad’s intrepid leader.   He tells Henchman one and two to head to the drop point and retrieve the money.   Dickey knows he’s a dead man no matter what.   All he can do is sit back and pray for a miracle.

Rachel stops a truck leaving Limehouse’s that is more than likely carrying in the Bennett’s stash.   Raylan is annoyed that he has to rush to the rescue of Dickey Bennett.   Is Raylan the miracle that irony wields like a hammer? 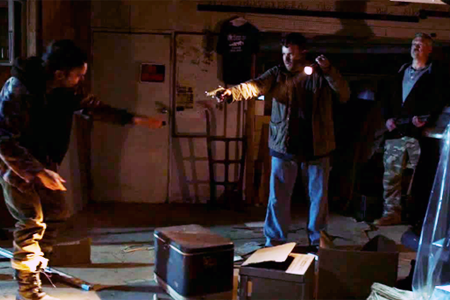 The two nameless thugs take Dickey to the store to get the money.   After searching around, Dickey finds the cooler.   I have to say I love the thug overthinking what was in the case.   As they are about to strike, the two thugs are put down.   Limehouse emerges and saves the day.

Dickey is certainly happy to be alive.   What he’s not happy about is the amount of money is left.   Dickey was expecting over $3 million dollars.   What he got was a little more than $47,000 dollars.   He sends the money back to Limehouse until he gets his proper amount.   Raylan arrives to find Dickey unarmed and looking to go back to prison.

Things are not as smooth for Dewey.   The doctor, impatient over his crew being missing, goes all Dexter on Dewey.   Time will tell what his fate is.   SPOILER; not good. 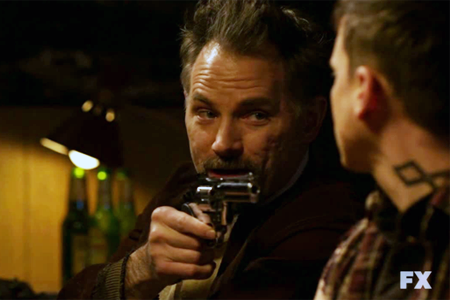 We leave off this week of Justified with Devil and Johnny confronting Boyd.   Devil makes a nice little speech about how this was a long time coming.   Boyd lets Devil talk just enough to hang himself.   Devil should never have trusted Johnny.   See Johnny doesn’t have much in this world.   Boyd keeps him around for a few reasons.   He’s smart, he’s got friends, but more importantly, he’s family.   Devil doesn’t seem the type to keep people around for sentimentality’s sake.   Johnny pulls his gun of Devil as Boyd shoots Devil in the chest.

I still can’t shake the feeling that Raylan feels like a side character.   No, that’s not right; he’s more of a plot device.   He’s the thing driving the bad guys to do what they do the way they do it.   In the past two seasons, the crooks have always made Raylan react to them.   This season, Raylan is making the bad guys react to him.   Notice how little time we’ve spent with Raylan in the Marshal’s office.   Hell, Art’s only been in one episode so far.   I really like the direction this season has started on, let’s hope it stays this good the whole time.