Archives
« ‘Before Watchmen’ A Dirty Deal, According To Image Comics Publisher.
New ‘The Last of Us’ Screens Are Pittsburghpocalypse. » 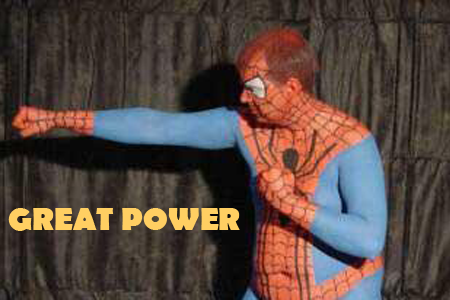 There’s a new Spider-Man event coming up called Ends of the Earth, and just in time for it Peter is getting himself a new suit. Good lord, it’s pretty. Ugly. Pretty ugly. 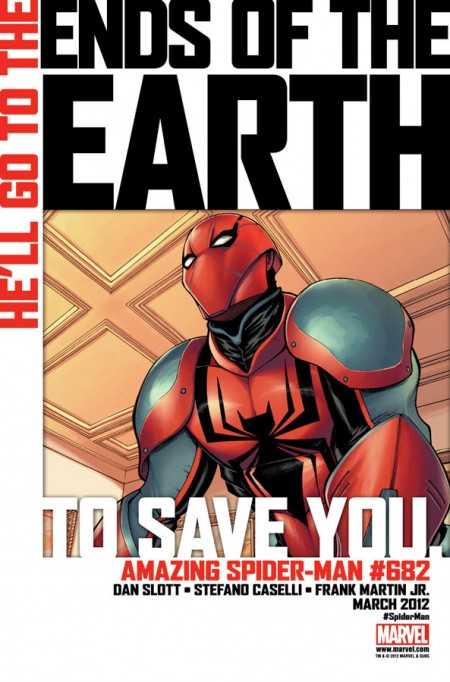 Today,  Marvel  wrapped its week of teaser images for  Dan Slott’s  upcoming  “Amazing Spider-Man”  six issue event, “Ends of the Earth,” featuring four bookend issues with art by Stefano Caselli. Beginning in March with “Amazing Spider-Man” #682 — just in time for the book’s 50th Anniversary — the story arc features the new Sinister Six and the fruition of Dr. Otto Octavius’ master plan to take over the entire globe. The week has seen a number of teasers featuring  the Sinister Six,  humans suffering in agony  and  a first glimpse of Peter Parker suiting up for battle. Now, the suit is revealed in its full glory and looks to be a full set of web-slinging battle armor.