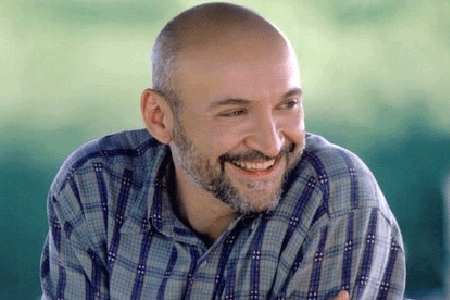 Frank Darabont has revealed what he would have done for his second season Walking Dead opener. In doing so, he has totally undermined my idea that him leaving wasn’t a big deal. I admit I’m wrong, okay! Fuck! It’s okay, it’s cathartic for me.

Even though former showrunner Frank Darabont was booted from The Walking Dead, he wanted to show everyone that he still knows what’s best for the show by describing his version of how season two should have started…

Basically, Darabont wanted to tell the story of a company of soldiers dropped into Atlanta, where the sole survivor eventually gets bitten and crawls into a tank where he plans to blow himself up with a grenade.

Yep, it’s the backstory of the “tank zombie” Rick Grimes shot in the season 1 pilot, told from the zombie’s perspective.

Sam Witwer (Being Human), who actually played that zombie, would have starred in the episode.

Here’s what Darabont had to say about it:

The notion was to take the “throwaway” tank zombie Rick encountered in the pilot, and tell that soldier’s story. Make him the star of his own movie, follow his journey, but don’t reveal who he is until the end. The idea being that every zombie has a story, every undead extra was once a human being with a life of his/her own…was, in a sense, the star of his own life’s movie. And we’ve followed this one particular guy and seen how his life ended; we witness his struggles, see his good intentions and his failures, and we experience his godawful death in this tank. That’s why I cast Sam as that tank zombie in the first place instead of just casting some extra. I had this story in mind while filming the pilot, and I knew I’d need a superb actor to play that soldier when the time came.