THE GANG OMEGA’S PICKS OF THE F**KING YEAR: The Faux Bot 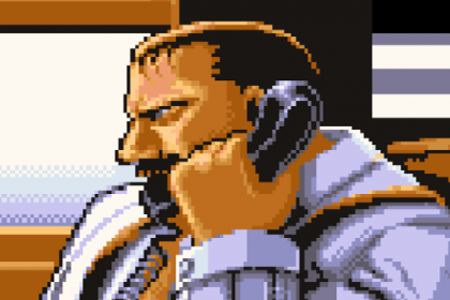 (It’s been a fruitful fucking year for us here at OL. There’s been ups and downs, but one of the most fistfully-forceful awesome happenings was a swelling of the contributors. We decided what a better way to celebrate this than to get all of us to spout off our favorite things of the year.)

Movie: Drive.
This film excited me in a way I thought never possible again. I was sure that I’d become firmly jaded and bitter about the whole cinematic experience after sitting through so many 3D drool fests. Drive reminded me of everything good about the medium and gave me a raging hetro-boner for Ryan Gosling, which helped, seeing as Tom Hardy was clearly becoming bothered by my letters.

TV Show: Black Mirror.
I don’t get to watch a whole lot of TV, but I have taken the time to watch Charlie Brooker’s fantastic Black Mirror. This show is incredible and just another accolade to join Brooker’s already overwhelmingly high-quality roster. The first episode centres around a terror plot that involves the British Prime Minister being forced to fuck a pig on live TV in order to save the life of a treasured princess. I kid you not. Compelling, disturbing and impeccably crafted, Black Mirror should not be missed.

Album: Relax, Das Racist.
I think I owe these guys for getting me back into hip-hop. As much as I enjoyed hearing Tyler getting all rapey and misogynistic, I can’t ignore just how much Das Racist have enhanced my life. Downright funny, accomplished and endlessly replayable, Relax is without doubt my favourite album of the year and possibly the whole millennium.

Comic: N/A
Confession time: I don’t read a great deal of comics and the ones that I do are all recommended by this wonderful mothership that you are currently visiting. I’m usually behind the times and woefully out of touch, so forgive me. However, I got massively into James Stokoe’s Orc Stain this year; devouring the first TPB collection with gusto. Perhaps it’s the glorious technicolour, hyper detailed art, or maybe it’s because it’s so centred around dicks, either way this one grabbed me by the gronch and has yet to let go.

Video Game: Uncharted 3
I’d love to award it to Skyrim, for I love it so tenderly. But, since playing that game I have done little else bar mastubate and stew in my own juices. For not completely ruining my life I have to give the award to Uncharted 3; it’s the most fun I’ve had playing a game since it’s predecessor and the final boss wasn’t an unrelenting prick. What more could I ask for?

Food: Dark chocolate.
If the holiday season has taught me one thing, it’s that I am the only person I know who enjoys dark chocolate. In years past I could profit on this quirk by gorging on relatives’ unwanted dark chocolates, however, this year has brought forth a disturbing development. It seems that there is something of a conspiracy against dark chocolate now, with many famous British Christmas confectionery selections removing their dark chocolate options altogether. I want my motherfucking Bournevilles and I’m gonna keep on fighting.

Drink: Black Coffee
Black coffee. I stared drinking black coffee because I wanted to be more like Agent Dale Cooper. Several years later and my intestines are shot, my sleeping pattern fucked and my excrement resembling something like a brown oil slick. Either way, I love this stuff and not just because it makes me feel cool, or because I physically need it.

Eagerly awaitin’
Bioshock Infinite. With Ken Levine back at the helm I can finally get back to doing what I do best: gushing over Bioshock and it’s ability to show up the rest of the videogames industry.

Desperately hopin for:
A return to form as a pro-active blogger and armchair critic. I’ve enjoyed my spell of laziness for far too long now, it’s time to kick this up a notch – BAM!