THE GANG OMEGA’S PICKS OF THE F**KING YEAR: Caffeine Powered 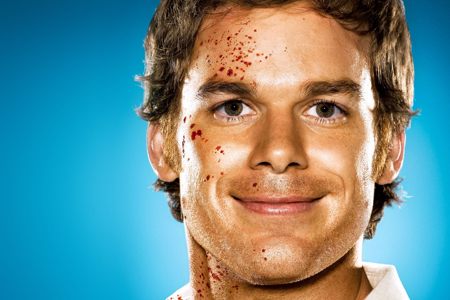 (It’s been a fruitful fucking year for us here at OL. There’s been ups and downs, but one of the most fistfully-forceful awesome happenings was a swelling of the contributors. We decided what a better way to celebrate this than to get all of us to spout off our favorite things  of the year.)

Movie: Tree of Life.
Don’t let another persuade you otherwise, this has been a tight year for movies. Maybe the conduits stemming from Corporo-Hollywood-Time to Bovine America’s Brain Plates weren’t as thirst quenching as usual. Dig around a little bit. Just a smidge! And you would have found the dopeness. My movie of the year is Tree of Life, but I’ll be goddamned okay with it if you didn’t enjoy it. A visually stunning  flick splashing together impressionistic imagery, Existential pondering, and an abusive douchey Brad Pitt. The thickness of pondering the movie left me with is what drove (ha!) me to choose it over Drive – which was essentially a gorgeous Total Bro Fest flick where men can wield their stick shifts and smash skulls. I loved it, but it’s a bit vaporous for me.

TV Show:  Game of Fucking Thrones.
George R. R. Martin may be a rambling, self-indulgent narratively rape-inclined windbag, but his massive tomes seem to lend themselves to the best goddamn television I watched this year. My lord! Everything about it was a riffage on complete dork glee. Fantasy, political plotting, gorgeous ass titties and pectoral muscles for all, dragons, a gorgeous score. Win, win, win. It struck in a year where True Blood and Dexter essentially rolled over, shat themselves, and died. Regrets: Not finishing S4 of Breaking Bad, or starting Boardwalk Empire. Retroactive Props: Fringe, motherfuckers.

Album:  The Parallax: Hypersleep Dialogues, BTBAM.
Every time I mention to a friend that BTBAM’s latest effort is my favorite album of the year I snag grief in my teeth. They point out it’s an EP. Well fuck you all. At 37+ minutes it’s a larger and more intensive experience than half the pop “albums” that drop and I’m counting it if I want to fucking count it. Come at me! I’m armed to the teeth and ready to cut a fool. With farts and slather them in fecal matter. That’s the extent of both my bravery and my armature.

Comic: Jonathan Hickman.
If I had talent, I would spin tales of wonder and majesty like Jonathan Hickman. I do not have talent and as such I barf nonsense out of my fingers en masse for this fucking website. What does this mean, then? Hickman has dominated with a philosophicalamtious wonder this year across a panoply (my word of 2011) of comic books. SHIELD. Fantastic Four. The Death and Resurrect of Johnny Stormizzle the most touching occurrence in mainstream funnies for me in a while. Ultimate Comics Ultimate Ultimate Time. The Red Wing.

Back to I would be him: his comics are rife with metaphysical discussions. And! It’s a huge And. And somehow they also feature fantastic (pun!) character development, ridiculous action pieces, and humor. He is a brute force mecha-wonder. Bless him. Bless him hard and on soft body parts with warm, wet genitals.

Video Game: Skyrim.
Everyone says Skyrim. Which is why despite it being my favorite game, lemme spit about my second favorite. Dead Space 2. It had the cyberpunk vibe of some Neuromancer. The science-fiction horror thing going on. Some intense psychological thriller action. It had all that, and it was also – *gasp* – fucking fun to play. Neither overly ornate with its set pieces like Modern Warfare 3, nor so open-ended that the entire onus was on you for your enjoyment like Skyrim. It was creeper-ballin’. Dropped early in the year I think it’s been forgotten by a lot of people. Not me though, not me.

Food: Apple Cinnamon Cheerios.
I mow and crush and destroy food almost nightly in a semicomatose state. This year the ideal food developed for such a state: Apple Cinnamon Cheerios. I can crush them by the handful and not leave too many crumbs on the ground. Too many crumbs on the ground and Mrs. Caffeine Powered gets bullshit. I need to mush the food. Mush it well. Into the gaping maw of my throat chasm. These Apple-y O’s are both delicious, and not as fine and prone to falling out of my beefy tendrils like Honey Bunches of Oats. Perfect. Perfect I say.

Drink: Pepsi Max.
I’m a Diet Mountain Dew kind of guy. Diet?, you say! Ew!, you stammer. Fuck you. If you understood the amount of caffeine I need on a daily basis, you realize the caloric contents of regular soda would push me into the 300lbs range. It isn’t ideal, but I have to ride the Dragon. This year I stepped up my game in the morning, ripping off a couple of Pepsi Max 20oz motherfuckers on the way to campus. Gets the teeth chattering like they always should be. Nice and proper.

Wild Card: My Fuckin’ Kitten.
Jesus Christ, now I understand why people incessantly post pictures of their snot-covered spawn. The Mrs. and I snagged a kitten this summer and I don’t think I’ve ever been this enamored with a sociopathic, clawed creature. Since the Mrs. herself! LOL. Here I am ducking and running. Anyways, no, yeah. Hadley in the house and I think I felt some ripple of biological desire to protect stem up in me from her first malnourished meow the day she was brought home. I’m a bit fucking softy, man.

Eagerly awaitin’:
2012 is shaping up to be a fucking *beast*. There’s so many things I’m sweating I can’t even keep track of them. Django Unchained. BioShock Infinite. The Dark Knight Rises. Mass Effect 3. New seasons of Breaking Bad, Mad Men, Game of Thrones, and Justified. Prometheus. Looper. Diablo III. The Avengers. Borderlands 2. Max Payne 3. The new Lamb of God album. The Hunger Games movie. It’s tremendous. Let’s fucking do this.

Desperately hopin for:
World peace? #SuperTriteTime. A Marvel fucking shake-up so the “architects” can actually rip off some dope stories with their talent. Editorial bullshit. A legitimate Patriots defense. Anderson Silva to clean kick off Chael Sonnen’s dumb face. The Dark Knight Rises to rule. The cost of Diet Dew to drop to 2-for-2. Calorie-free pizza. The discovery of intelligent life. Another year just as good as this one.