Archives
« THIS WEEK ON Walking Dead: Secrets
Behold Thorgi! The God of Thunder x Licking Your Own Junk. » 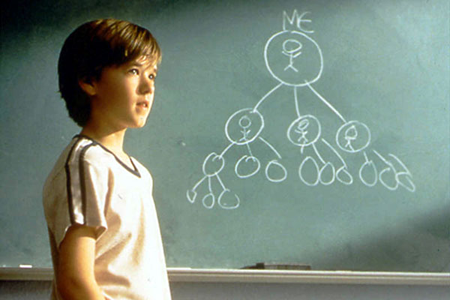 How is this for some goddamn mind boggling bullshit. The curious case of a mouse fetus donating stem cells to help repair its mother’s heart. That’s some altruism right there, if I ever seen it.

Why wait to be born to develop a healing hand? Mouse fetuses will give up stem cells to repair their mother’s heart. The discovery could explain why half the women who develop heart weakness during or just after pregnancy recover spontaneously.

Hina Chaudhry  of the Mount Sinai School of Medicine in New York City mated normal female mice with males genetically engineered to produce a green-fluorescing protein in all their body cells. Half the resulting fetuses also produced the protein, making it easy to spot any fetal tissue in the mother.

Chaudhry’s team inflicted a heart attack on the pregnant mice and killed them two weeks later to take a look at their hearts. They found some fluorescent cells in the mothers’ damaged heart tissue, where they had accelerated repair by changing into new heart cells, including beating cardiomyocytes and blood vessel cells.

Chaudhry says that the phenomenon is an evolutionary mechanism: the fetus promotes its own survival by protecting its mother’s heart. Because the cells are easy to obtain from the placenta and unlikely to cause immunological reactions, they could provide a new and potentially limitless source of  stem cells for repairing damaged hearts.

“The study is the first to show conclusively that fetal cells contained in the placenta assist in cardiac tissue repair,” says  Jakub Tolar, director of stem-cell therapies at the University of Minnesota in Minneapolis.

“To date the mainstream stem-cell community has not paid much attention to fetal stem cells in the mother,” says  Diana Bianchi  at Tufts University in Boston. “My hope is that this elegant paper will reawaken interest.”

Reality. Stranger than them there science-fictional novellas that I enjoy so much.