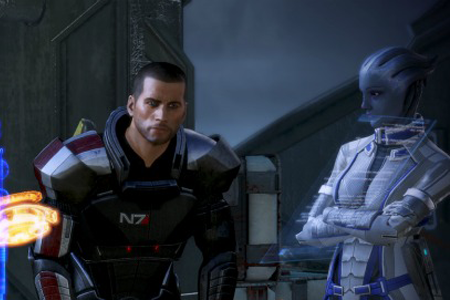 BioWare has come out and made official what I had assumed: Commander Shepard’s place in the Mass Effect universe will be completed with the final installment of their first trilogy. A single tear slides down my cheek in commemoration of the good lass I’ve spent so many hours with.

Commander Shepard will be cashing in her Systems Alliance penchant and taking an early retirement after Mass Effect 3, according to BioWare’s Dr. Ray Muzyka.

“After this, Commander Shepard’s story is complete,” Mazuka told PC Gamer, adding that they were “correct” in suggesting that Shepard absolutely will not be present in any future games set in the Mass Effect universe.”

I like the decision, even if it doesn’t take me by surprise. The Mass Effect universe is so enormous and rife with storylines to be plucked that it doesn’t make sense to bludgeon one main character’s appeal far past its expiration date.

Though I’ll miss her. My Thrace Shepard, with whom I’ve spent quite literally hundreds of hours.