Repeats of ‘How I Met Your Mother’ Have Ads Digitally Inserted. Amazing. 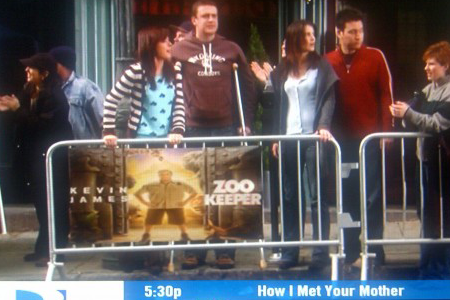 Some eagle-eyed citizens of the Internet have come across something friggin’ astounding. Rerun episodes of ‘How I Met Your Mother’ have been digitally altered, inserting advertisements for new movies and the such. Anachronistic like what!

Welcome to the future. 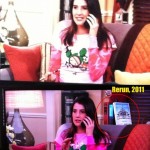 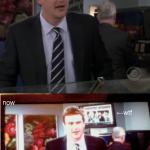 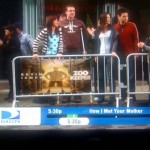 A couple of eagle-eyed viewers have noticed that episodes of the show from several years back have been digitally altered in reruns to feature ads for Sony, Columbia or Screen Gems films. At least two instances of  Zookeeper ads have been screencapped, and there’s a  Country Strong ad inserted into another episode.

All these examples come via Reddit (here and  here), and I might as well crib one Reddit user’s post by echoing their exclamation: sorcery! Flickr user  stjarna! noticed one of the instances of digitally enhancing the episode ‘Moving Day,’ from Season 2, originally aired on March 19, 2007. But when seen in syndication on June 30, 2011, the background of the episode had been given a new  Zookeeper ad

People in marketing and advertisement are the fucking Devil. They can also be brilliant at times. Warping our minds with barely noticeable advertisements for shitty movies that once never existed within the original airing of the shitty show. Shitty shit shit.

Tags: Digital Alterations, How I Met Your Mother, TV