Spielberg Says ‘Jaws’ Is Coming To Blu-ray With NO Digital Changes. Dude Rules. 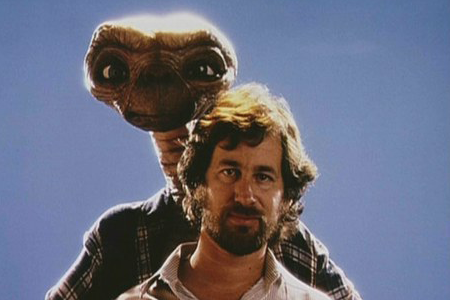 Steven Spielberg is indubitably the man. If you want to form a hierarchy of The Man, I don’t care where you place him. As long as he’s on it. Most recent proof: Spielberg is prepping to release Jaws on Blu-Ray, and has come out and said he’s not going to make any changes. Also? He regrets fucking with E.T.

Spielberg revealed the news while speaking with Ain’t It Cool News‘ Quint, aka Eric Vespe, who takes his online nickname from Jaws. So, he’s a fan. And though Spielberg said there isn’t a release date yet, that film is currently being mastered for Blu-ray.

The bigger news though is that, unlike Spielberg did with E.T. The Extra Terrestrial, he won’t be going in and making any digital corrections. In fact, it seems like the quality of Blu-ray has totally changed his tune on the subject:

[In the future] there’s going to be no more digital enhancements or digital additions to anything based on any film I direct. I’m not going to do any corrections digitally to even wires that show. If 1941 comes on Blu-Ray I’m not going to go back and take the wires out because the Blu-Ray will bring the wires out that are guiding the airplane down Hollywood Blvd. At this point right now I think letting movies exist in the era, with all the flaws and all of the flourishes, is a wonderful way to mark time and mark history.

It also seems like Spielberg is slightly regretful for making those changes to E.T.

I am beyond stoked that the dude recognizes the sacred sexiness of preserving a film in the state it was introduced into the world in. The idea of film not just standing as a cultural totem pole, but also as a reflection of the times and technologies with which it was made is, if not poignant, something I can stand behind. Also, it takes a Thick Sac to admit when your alterations were wrong, and his recommendation that people go back to the 1982 only reaffirms what a fucking Boss the ‘Berg happens to be.

Now if he could only speak some sense into that infinitely less talented but infinitely more self-absorbed friend of his, we could be rockin’. With the real trilogy. Finally.