Archives
« HBO Renews ‘Game of Thrones’ For A Second Season. Huzzah!
Exoplanet Has Is Own Shock Wave Shield To Save Its Atmosphere. » 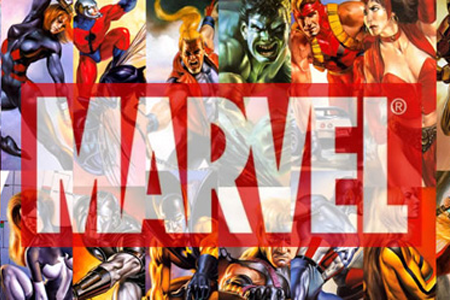 I have a good amount of anxiety regarding the superhero flick during and after the 2012 release schedule. In my fair estimation, we’re going to be fucking fatigued with the whole enterprise. More so than we are now. However, Marvel doesn’t share my concern. Marvel Studios president Kevin Fergie recently spoke about the sequels to their unreleased Cap and Thor movies, and more.

Thor will go off into a new adventure, and Captain America will continue to explore the modern world in another film of his own. We hope that holds true for the characters appearing in that film – Black Widow, Hawkeye, and the spy organization, S.H.I.E.L.D. –all of whom are more than worthy and capable of carrying their own films.

And, we’ve got a lot of other characters we’re prepping and getting ready for film debuts: the world of martial arts, these great cosmic space fantasies, Dr. Strange, and the magic side of the Marvel Universe. There are many, many stories to be mined.

Captain America and Thor getting sequels before they’ve even dropped stinks of more optimism from the studio head than I would have. Thor seems a bit esoteric, and even if I’m jazzed for it, I don’t really know how the major markets are perceiving it. Cap? Seems like more of a surefire bet, but if it’s total raw ass, I imagine it’d turn people off.

This is all coming out after the Avengers flick, which is beginning to shoot shortly. I’m telling you. This movie is either going to be fucking fantastic, or a goddamn unmitigated disaster. I’m skeptical of their ability to pull off such an enormous ensemble flick, but goddamn they fucking better. They’ve been sacrificing the integrity (go ahead, laugh) of the individual flicks to tie everything into this Leviathan. It better blow our assholes out.

As well, Black Widow and Hawkeye capable of carrying their own films seems dubious. Though if you scale down the budgets, I suppose they could turn a profit. Maybe? I don’t know. I’m a pretty big fanboy boner jam for superheroes and comic book movies, and even I am getting super, super, super fucking tired of them.