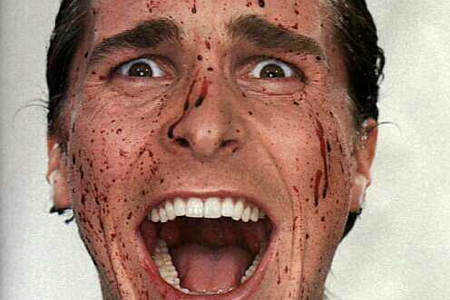 I’ve tried not to think about it, since it milked tears from my fanboy eyes. But since we’re all dragging it out into the open, I’ve long held that Christopher Nolan and Christian Bale were probably going to throw up peace signs and exit stage left after the third Batman movie. Not only did I think it probable, but a good portion of me wants them to. Tell their tale, and then go on their way. Why not leave the game on top, having capped off their arch? Sometimes it’s cool to go out on top, as opposed to dwindling into oblivion.

Well, Christian Bale has got these ruminations rumbling while doing press for his upcoming flick The Fighter. Slashfilm broke down the conversation, which is circuitous, and really may be nothing more than Bale being coy.

I believe, unless Chris [Nolan] says different, this will be the last time I’m playing Batman.

So, the obvious follow up would be, do you think Nolan might say differently? Here’s what Bale responded with.

Until Chris tells me, I don’t believe it, It’s gotta be from his mouth, or else I don’t really know.

So, was there a time when Nolan told him that he was only doing three movies? Or is he just playing coy? He’s placing the entire onus in Nolan’s hands, which is a neat way of avoiding saying you’re ready to give up the role that made you a gazillionaire, right?