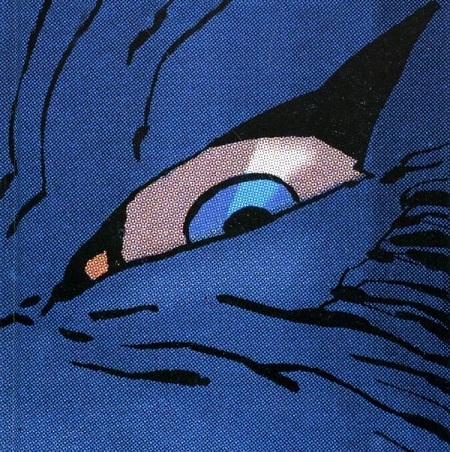 Hello there, my name is Rendar Frankenstein and I am a real science fictional being. Living in the year 2010, I am endowed with a number of futuristic powers, including instantaneous global communication, access to digital television, and the ability to ward off disease with a pill. I have a portable computer and after I consume enough caffeine it extracts stories from me.

I feel sorry for the chronically nostalgic.

Monday Morning Commute.   With the workweek rearing its ugly head, we all need movies, books, music, comics and other distractions to stay strong. On Mondays I’m going to tell you about the various ways I’ll be spending my time in the upcoming week. Give my list a glance, then tell me what you’re using to curb the 9-5 blues. 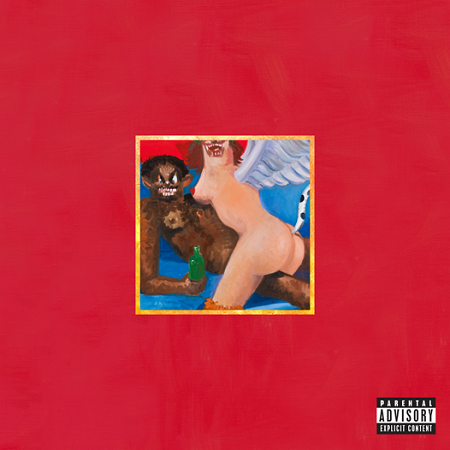 Listening / My Beautiful Dark Twisted Fantasy
I have had a real up-and-down relationship with Kanye West. On the one hand, his first three efforts (The College Dropout, Late Registration, and Graduation) are three of my all-time favorite albums. But 2008’s 808s and Heartbreak was a truly depressing collection, as it not only demonstrated the fickle nature of inspiration but the public’s mindset of putting the cart before the horse. Then, of course, there is the fact that Mr. West has serious mental problems and is an arrogant bastard.

Nevertheless, I decided to purchase My Beautiful Dark Twisted Fantasy today and I can’t say I’m disappointed. In fact, I’d go as far as to say that I’m impressed. The production on this album seems like it was critiqued and toggled with until perfect, never settling for less. Which makes sense, considering the huge list of production credits.

Moreover, Kanye has come out swinging, returning to a vocal style that blends heartfelt sentiment, clever lyrics, and double-take puns. One of my early favorites pops out in the opening track Dark Fantasy:

The plan was to drink until the pain over
But what’s worse, the pain or the hangover?
Fresh air, rolling down the window
Too many Urkels on your team, that’s why your wins low!

When those lines sang through my speakers, I literally shouted in approval. This is the Kanye I grew up loving in high school and college; intermingling worthwhile insight (reflecting on how avoiding problems can only exacerbate them) with pop culture references (the Family Matters drop of Urkel and a goddamn Winslow/wins low play on words).

Many moons ago I wrote that I believed Kid Cudi would surpass Kanye. After two weeks with Cudi’s Man on the Moon II and a single day with My Beautiful Dark Twisted Family, I humbly revoke my previous statement. As a human being he’s of questionable integrity, but as an entertainer Kanye is king. 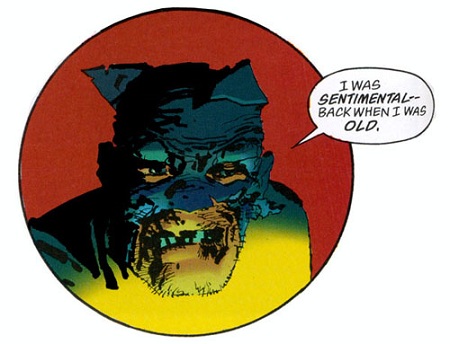 (Re)Reading/The Dark Knight Strikes Again
Nobody seems to respect Frank Miller’s follow-up to his defining work, The Dark Knight Returns. However, I sure as hell do. Whereas DKR was Miller’s attempt to show just how fuggin’ grim and brutal the paneled streets of Gotham can be, DK2 was a return to the world of the fantastic. Miller brings in a pantheon of DC characters, pushing each of them to their limits and reveling in the wreckage.

Am I an apologist? Could I defending a semi-coherent work? Sure. But take this exchange between Will Eisner and Frank Miller from Eisner/Miller:

Eisner: Do you mean there’s a group of people who really care more about Batman himself, rather than Frank Miller’s version of Batman?

Miller: Absolutely, and they hate my guts!

Eisner: Really? I find it hard to believe that.

Miller: Yeah. I’m really honking off the “religious” ones these days because I’m trammeling all over these characters. They think it’s hallowed ground, and I think it’s a fun toy.

There is no single “right” or “wrong” way to present an established character, and any attempt to say otherwise is unmitigated fanboyism. I’m revisiting Dark Knight Strikes Again, allowing myself to become absorbed by the boundless colors and fights and awesome feats.

Lusting For/Infinium
It’s no secret at all: I love beer. The flavor, the texture, the color, the fun bubbles – beer is a damn godsend. However, if you’ve ever read the Friday Brew Review, you know that I can be a bit of a snob. I’m not content to just drink whatever lite-beer is sitting around, I like rich lagers that make me sit down. I like heavy brews that need to be sipped slowly. I like beers that challenge the status quo.

It was brought to my attention that in December Sam Adams is releasing Infinium, a brand new champagne-like beer. The drink is a collaboration with Germany’s Weihenstephan Brewery (which is apparently the world’s oldest brewery) and will only be available for a limited time. With an elevated alcohol content, limited availability, and comparison to champagne, I definitely see Infinium as being on my tasting-list for New Year’s Eve.

What’re you going to spend your week doing?