Hideo Kojima Talks About His New Game. Incomprehensibly. As Usual. 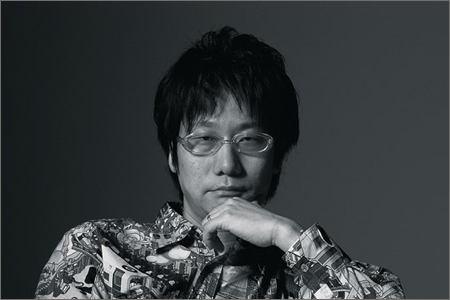 Kojima says, via Twitter, that he’s daydreaming/obsessing over his future project, putting his brain in “The Next Title Mode.” That means “pondering over the next project’s voice cast” and its “title, game design, story, characters, setting, mechs, casting, direction of the graphics, sound, beginning & ending, and key story sequences.”

“It all molds together naturally in my head,” Kojima writes. That next project could very well be the already announced Metal Gear Solid: Rising, announced at E3 2009 for the PlayStation 3 and Xbox 360, or something else entirely–just don’t get your hopes up yet, considering the Kojima Productions head’s obligations to the two still unreleased Metal Gear games and Castlevania: Lords of Shadow. Kojima also says his “next title” will “challenge a certain type of taboo.”

Wait, melodramatic statements? Overwrought bullshit? Why, it simply HAS to be Hideo Kojima.

Hideo Kojima spends most of his time making his video games incomprehensible piles of slop. He takes some interesting social commentary, wraps it around melodrama, sprinkles in a bit of pontificating, and all of a sudden like thirteen cool concepts come together as one retarded vomitfart of doom. In case you didn’t catch me there, I thought Metal Gear Solid 4 had like fourteen neat themes, but it culminated in a pile of shit.