Netflix is letting directors retroactively edit shows. The future (past) is ephemera 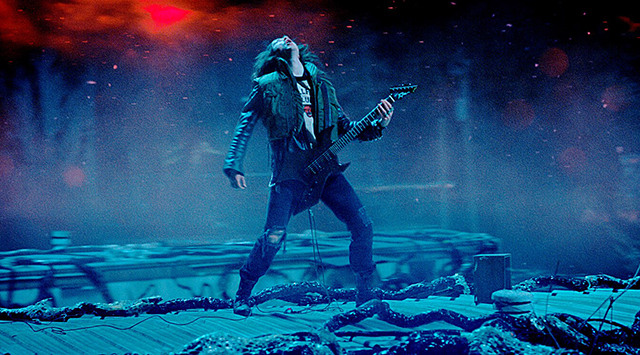 I think I’m going to have more to say about this at some point in an MMC or some shit, but this is very, very interesting to me. Netflix is letting directors go back and retroactively shows now. Shows as blog posts. Shows as Instagram posts. This sort of shit was first noted when Kanye was actively patching and changing…some album I’m too lazy to look up. But now the practice is going even more mainstream with it happening with Stranger Things, and I find it equal parts interesting and haunting.

The creators of Stranger Things have admitted they have been going back and editing and altering old episodes in previous seasons of the show, without telling fans. Wait, what?!

The Duffer brothers, Matt and Ross Duffer, said they have “‘George Lucas-ed” a few old scenes “that people don’t know about.” George Lucas is the director of Star Wars, and is known to have gone back and altered parts of the films, after their initial release.

They refused to disclose exactly which scenes have been changed, but they did say they are planning to change an error in season four which a lot of people noticed – that Will’s birthday was seemingly forgotten. Matt Duffer said the team might change the episode in season two where Joyce first said Will’s birthday is 22nd March. His new birthday would be 22nd May, “because ‘May’ can fit in Winona’s mouth” by editing the clip.

Matt Duffer said leaving it as it is, with the other characters forgetting Will’s birthday, is “too sad” and it “doesn’t make narrative sense” that his birthday went unnoticed. “The honest response is, clearly like the characters in the show, we also forgot about Will’s birthday,” he said. “So the debate now is whether we adjust Will’s birthday or we just let it be really sad. So Ross and I, and my memory’s not great, but we love Will, and I don’t want people to think we don’t love Will because we forgot — we do!”

He added: “We were talking about it yesterday, and I think we’re going to George Lucas that.” He said they’ve also already adjusted some of the “visual effects” in season four, after it was released.

Ross Duffer pointed out in the interview that if fans *really* want to find out which old Stranger Things episodes they’ve been editing, we could buy physical DVD copies of the show to compare with. Seems elaborate, but sure.