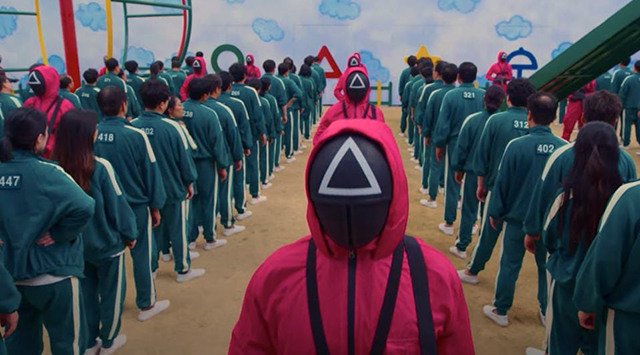 Despite barely going online a decade ago, the streaming platform Netflix has had a profound impact on popular culture. As evidenced by the ability of original TV shows to propel 40-year-old songs back to the top of the music charts, Netflix is a cultural superpower with few rivals.

As one might imagine, the business of Netflix is big money. While not all of its original productions will have staying power, some have emerged to become some of the most influential, widely-watched, and lucrative TV franchises of all time. Let’s take a look at the biggest cash cows for Netflix.

By far the most-watched Netflix show ever, racking up an astonishing 1.65 billion hours of view time in 2021, the Korean survival thriller Squid Game turned out to be the best investment Netflix ever made. As part of its drive to include more Korean-language content on its platform, Netflix originally spent a mere $21 million to produce the whole thing.

By some estimates, the show added $900 million in direct value to the platform, mostly through the sheer number of people who bought subscriptions just to catch the show that literally everyone was talking about.

One of the earliest Netflix productions that helped put Netflix on the map, Narcos follows the tale of one of the world’s most famous criminals. The show cost a bomb to produce, with enough special effects and explosions to make a Marvel production look like a budget indie thriller.

However, that investment has paid off, with Netflix itself describing it as one of its most popular and profitable shows, crediting it with adding up to 3.6 million subscribers to the platform back in 2016. Today, the Narcos merch empire is massive, including video games, apparel, and official posters.

The Narcos empire is so vast that it even extends into the world of online casinos. The official branded Narcos slot game regularly features on the top online casinos as explained in this guide to Paypal casino sites, which recommends some of the most popular real-money slots in the world. In this 5-reel video slot game, you can step into the shoes of the original cast, spinning the reels to play for real stacks of cash.

Bridgerton is one of those prestige Netflix productions that seemingly came out of nowhere. Few people could have predicted that a period drama about a 19th-century upper-class social scene could become a lasting part of the cultural zeitgeist, generating endless think pieces and catapulting the cast into the ranks of global superstardom.

In 2021, tens of millions of people watched more than 1 billion hours of Bridgerton combined, making it the second-most popular show on the platform after Squid Game.

While each episode cost an eye-watering $5-6 million to produce, it’s clear that this investment paid off. While Netflix is tight-lipped about direct revenues from its productions, Bridgerton has been credited with boosting profits by 78% in a single year. Not too shabby.

Netflix might have experienced some bumps in the road as of late, but it’s clear that it still has the power to change the cultural conversation, and make a lot of money while they’re at it.