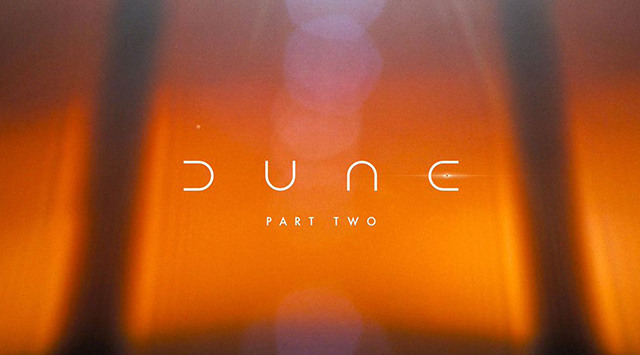 Dune: Part One was fucking awesome. But hanging over that son of a bitch was the uncertainty regarding a sequel, and whether we’d ever get to see the full book on screen. Well, that shit ain’t hanging over us anymore. Dune: Part Two is happening, and it’s arriving in October 2023.

Dune is officially getting a sequel, with Warner Bros. and Legendary announcing that Dune: Part Two will continue the story (and, presumably, adapt the rest of the original novel) that began in the recently released film.

It was all but guaranteed that Dune would be getting a sequel: the film literally starts with a “Dune: Part One” title card and very obviously tees up a second film by abruptly ending just as Paul joins forces with the nomadic Freman warriors (coincidentally, the rough midpoint of the book version of Dune, too).

While Dune debuted concurrently on both HBO Max and in theaters, audiences shouldn’t expect the sequel to get a similar treatment: Warner Bros. has already announced that its future films will be debuting in theaters, and a massive sci-fi blockbuster like the Dune sequel is certain to not be an exception to that.

Warner Bros. isn’t being subtle about its franchise ambitions for Dune, either: the studio has already announced plans for an HBO Max prequel series, Dune: The Sisterhood, which will focus on the powerful order of women known as the Bene Gesserit who manipulate galactic politics and wield mysterious powers. There’s no word on a release date (or even basics like casting) yet, but Diane Ademu-John was recently hired as writer, showrunner, and executive producer for the series earlier in 2021.

Fans will have to wait a while to see the other half of the book on the big screen, though: Dune: Part Two (or whatever the film ultimately ends up getting called) hasn’t started filming yet, and isn’t expected to hit theaters until October 2023 at the earliest.