Warner Bros. teases that ‘Dune 2’ is going to happen and its about fucking time its confirmed! 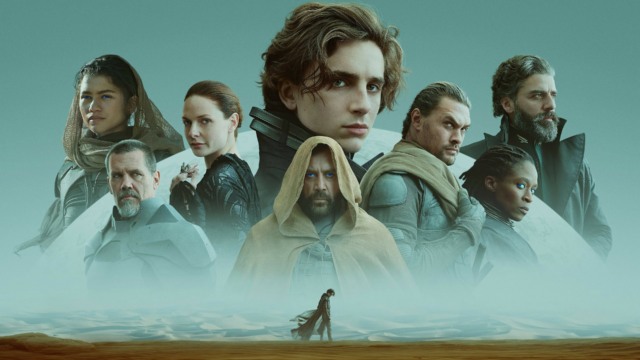 I gotta fucking tell you, this news about Dune 2 happening couldn’t have come at a better time. You see, I’m seeing the movie tonight, and the uncertainty surrounding a second part has muted my enjoyment. But now? Fuck yes, let’s go!

Warner Bros. has yet to officially announce “Dune Part 2,” but the company’s CEO Ann Sarnoff is making it sound like the next installment in Denis Villenueve’s intended two-part adaptation of Frank Herbert’s novel is all but confirmed. Speaking to Deadline, Sarnoff pointed fans to the fact that Villenueve’s first “Dune” film ends on a cliffhanger when discussing the possibility of a second “Dune” movie. Villeneuve only agreed to direct “Dune” for Warner Bros. and Legendary Entertainment if he could split Herbert’s novel into two films. It was Villeneuve’s original plan to shoot both installments back-to-back, but studio logistics got in the way.

“Will we have a sequel to ‘Dune?’ If you watch the movie you see how it ends,” Sarnoff said when asked about “Dune Part 2” happening. “I think you pretty much know the answer to that.”

Villeneuve is also working with WarnerMedia on a “Dune”-focused television series for HBO Max centered around the group of women characters known as the Bene Gesserit. Villeneuve has been saying in multiple interviews in the lead up to the U.S. release of “Dune” that he is optimistic he’ll get the chance to make “Part 2.”

“The first thing was to prove that there was a beautiful, popular movie that can exist, and I think that I proved that — everybody at Warner Bros and Legendary, they are 100 percent behind the project,” the director told Total Film in August. “They feel that it would need a really bad outcome at the box office to not have a ‘Dune Part 2,’ because they love the movie. They are proud of the movie, so they want the movie to move forward. And they still did half of it. So, you know, I’m very optimistic.”

“Dune” is opening in theaters and on HBO Max on the same day, which may cut into the film’s potential box office earnings. WarnerMedia executives have stressed that even if “Dune” underperforms theatrically, a strong streaming reception could do the trick in ensuring “Part 2” gets made. As WarnerMedia CEO Jason Kilar said, “[Sequel] decisions are well informed and based on audience response, not just based on box office.”