Archives
« Monday Morning Commute: it was all a blur (and then it was nothing)
Scientists baffled by strange radio waves coming from center of the Milky Way Galaxy. The aliens are inside the cosmic house! »

‘Saga’ is finally returning to comic stands in January, 2022. It’s been eighty-four years or some shit! 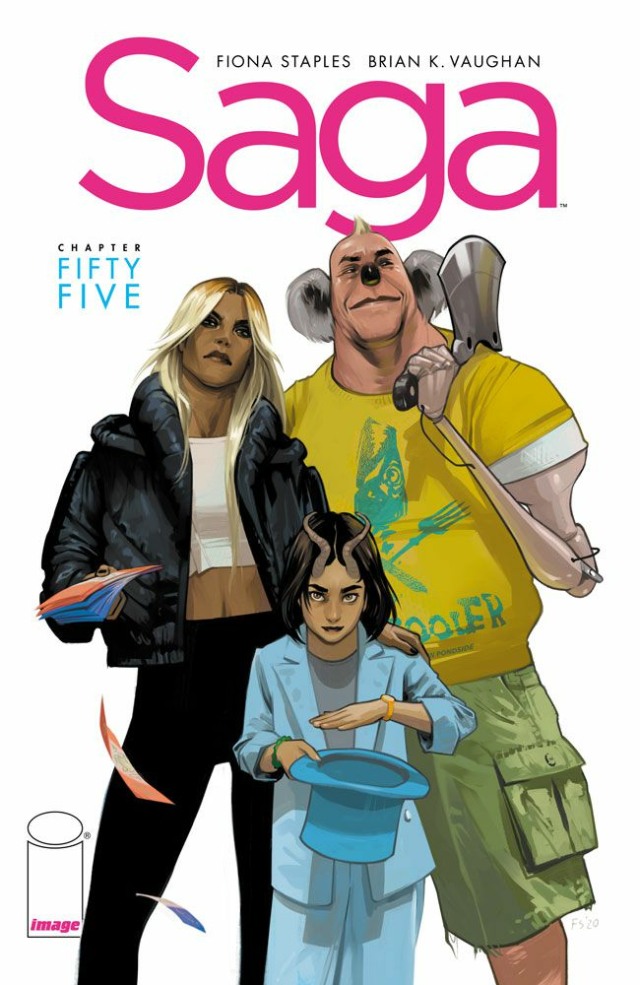 I don’t know what’s fucking crazier: that Saga has been around since 2012, or that it’s been on hiatus since 2018. Both confirm what my bones and balls already tell me: that I’m getting old. However, it ain’t all grey beards, creaking joints, and dalliances with death! Nah! I also some shit shit to look forward to, such as Saga fucking finally returning in January of 2022!

Y: The Last Man writer Brian K. Vaughan, together with artist Fiona Staples, made a long-awaited announcement today at Vaughan’s spotlight panel at the 2021 New York Comic Con. Saga — their heart-wrenching, twist-filled, sexy, violent, operatic space epic — will return to publication after a lengthy hiatus in 2022.

“I’ve really missed connecting with readers through the pages of Saga,” Staples said via news release, “so I’m thrilled to roll up my sleeves and dive into this world again. The next arc is already going places I never imagined.”

Saga was a perennial bestseller in comic shops and bookstores from the moment it hit stands in March 2012. But with Saga #54, published in July of 2018, Vaughan said the series had hit its middle point, and would be on indefinite hold so that he and Staples could rest and focus on other projects. In classic Saga style, despite knowing the series would be on pause for years, Saga #54 still ended with a sudden and devastating character death.

“I can’t thank readers and retailers enough for their patience,” Vaughan said via news release. “I think our next 54 issues will be even more shocking, strange, and spectacular than the first 54, so we can’t wait to be back on the shelves at your local comic shop soon.”