Archives
« ‘Grand Theft Auto’ Trilogy Remasters dropping this year to celebrate 20th Anniversary of ‘GTA III’
Monday Morning Commute: it was all a blur (and then it was nothing) »

‘Dune’ director Denis Villeneuve would love to make a Bond movie. Let him fucking make one! 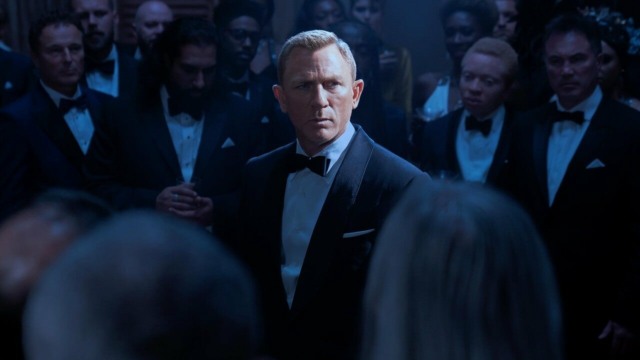 Motherfucking Denis Villeneuve would “deeply love” to make a Bond movie, and the only response is obvious. Fucking let him make the movie! But I mean genuinely make it. Don’t stick him inthe director’s chair and then micromanage his ass into oblivion. Give him the reins and let him make the fucking dopest Bond flick going. Do it, you fucking cowards.

Filmmaker Denis Villeneuve is hoping that he’ll get to be the one to reboot James Bond following Daniel Craig’s recent exit from the franchise. After a long wait and several release date delays, No Time to Die has finally made its way to theaters, bringing Craig’s 5-movie run as agent 007 to a close. The franchise will undoubtedly continue with a new actor in the part at some point, but there are no active plans at this time to develop Bond 26.

This week, Villeneuve appeared on MTV’s Happy Sad Confused podcast. The Dune director touched on his desire to direct a James Bond movie, noting that he’s been a fan of the character all his life. The filmmaker admits that it would be challenging to reboot the series after Craig’s performance, but the Bond superfan nevertheless hopes to get the opportunity someday. As the Blade Runner 2049 helmer explained when asked if he’d do a Bond movie:

“Frankly, the answer would be a massive yes. I would deeply love one day to make a James Bond movie. It’s a character that I’ve been with since my childhood. I have massive affection for Bond. It would be a big challenge to try and reboot it after what Daniel did. What Daniel Craig brought to Bond was so unique and strong and honestly unmatchable. He’s the ultimate James Bond. I can’t wait to see Cary’s movie. I’m very excited. I’m one of the biggest Bond fans. I don’t know if such a thing would happen, but it would be a privilege. That would be pure cinematic joy.”

Daniel Craig is currently seeing the end of his time as James Bond play out in No Time to Die’s release, but many fans are already thinking about the future. Series producer Barbara Broccoli has said that casting talks won’t even begin until at least 2022, but some fans have been campaigning for their favorite picks to get the role. One popular candidate is Henry Cavill, who was actually once up for the part before it went to Daniel Craig. Other names people have rooted for include Idris Elba, Tom Hardy, and Regé-Jean Page.

For now, Denis Villeneuve is waiting to see how his Dune adaptation performs when it is released this month. The director has been outspoken about his disdain for bringing blockbuster movies straight to streaming services, and was not a fan of the idea of giving Dune a day-and-date release coupled with HBO Max. He has still insisted that the movie will be best enjoyed on the big screen, though he has reportedly been assured by Warner Bros. that Dune 2 will still happen if a lot of people tune in on the streaming service.

No Time to Die is now playing in theaters. Don’t count on seeing James Bond getting any of these day-and-date releases, as Barbara Broccoli has already made it clear that the plan for future movies is to keep them exclusive to the big screen. Meanwhile, Dune will premiere in theaters and on HBO Max on Oct. 22. You can listen to the full interview with Denis Villeneuve on the Happy Sad Confused podcast.