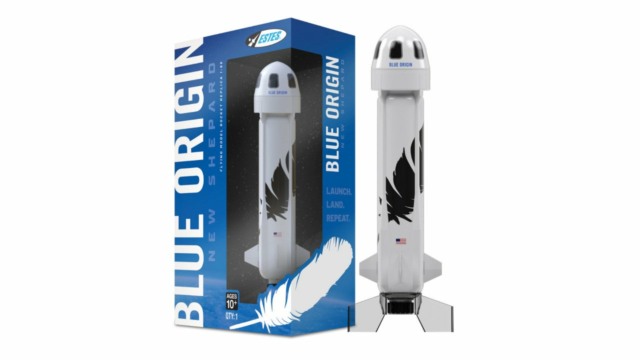 Shooting Wads
Unsurprisingly, the internet had a bit of a field day with the model rocket.

Gizmodo gave some insightful advice: “Just make sure not to shoot your wad too early, a problem that can really limit your enjoyment of the rocket — a rocket that looks like a human schlong.”

The Verge took a slightly more somber tone, pointing out the dystopian element of buying a scale model of a billionaire tyrant’s rocket.

“Sure, some people say the trip was a huge vanity project; a colossal pissing-contest between egotistical, morally blind billionaires whose pocket change could save countless human lives with just as much intrinsic value as their own,” reads The Verge‘s piece, “but to that I say: stop being such a bummer, dude!!”

Just don’t do anything stupid. You have been warned.