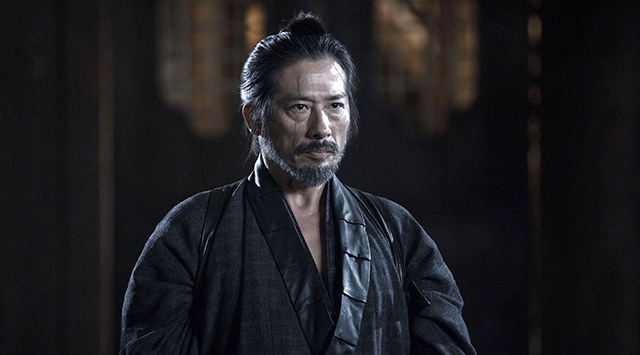 Hiroyuki Sanada was an incredible bright spot (along with Joe Taslim) in the shit-ass travesty that was Mortal Kombat. However in joining John Wick Chapter 4, dude it yet another insane addition to a fucking stacked cast.

Chad Stahelski is returning to direct the high-octane sequel, which has also added Donnie Yen (Rogue One: A Star Wars Story), Shamier Anderson (Stowaway) and Japanese-British popstar Rina Sawayama. It star Bill Skarsgård is also in talks to join the cast, as we first reported earlier this week.

Sources say that Sanada will be playing a key character known as Watanabe, though it’s unclear how he figures into the plot, which remains under wraps. Lionsgate has been keeping a tight lid on character descriptions, though we do know that Yen will be playing an old friend of John Wick’s, and that the two of them share many of the same enemies.

Shay Hatten (Army of the Dead) and Michael Finch (American Assassin) wrote John Wick 4, which Stahelski is producing with Basil Iwanyk, and Erica Lee, while Reeves is executive producing alongside Louise Rosner. Production is slated to start this summer in France, Germany and Japan.

“Having long admired Hiroyuki as both actor and action performer, I’m thrilled and honored to welcome him to the John Wick family,” Stahelski said in a statement.

Sanada has been acting since the mid-’60s when he was just a little boy. He went on to star in the original J-horror hit Ringu before his big U.S. breakout alongside Tom Cruise in The Last Samurai. Sanada would go on to star in Speed Racer, Danny Boyle’s Sunshine and Rush Hour 3 over the next several years. In 2013, Sanada starred opposite Reeves in 47 Ronin, and also shared the screen with Hugh Jackman in The Wolverine. More recently, he played Akihiko in Avengers: Endgame and Scorpion in the new Mortal Kombat movie in addition to appearing in HBO’s Westworld.

Sanada was recently cast as one of the two leads in the upcoming FX series Shogun, and he’ll soon be seen among the ensemble of Sony’s action movie Bullet Train starring Brad Pitt. And to bring this story full circle, who directed that movie? David Leitch, who co-directed the original John Wick with Stahelski. Ta-dah! Sanada is represented by CAA, Lighthouse Entertainment and Tokyo-based Axon Entertainment.