Archives
« ‘I Think You Should Leave With Tim Robinson’ Season 2 dropping July 6. This is so fucking good.
Monday Morning Commute: Worshipping The Gold-Plated Dragon » 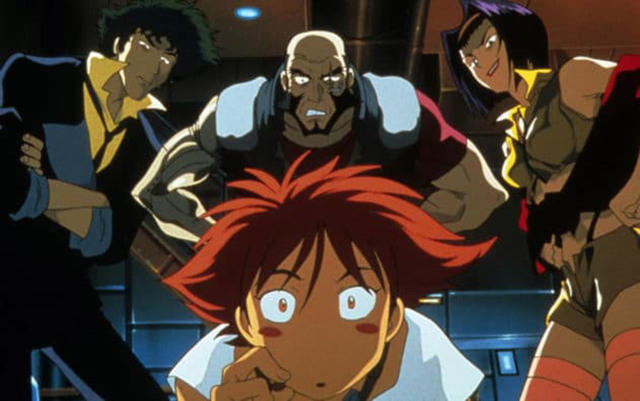 I’m definitely intrigued by the Cowboy Bebop live-actions series. Worst case scenario? It fucking sucks, and I forget about it. However, best case scenario? It rules, and it’s another dope installment in the franchise. If you’re looking for reason to believe in the latter, check this shit out. None other than the OG series composer Yoko Kanno is doing the soundtrack for it. What a fucking radical development.

Cowboy Bebop fans won’t have to wait much longer to revisit the world of Spike, Faye, Jet and Edward. Netflix will release its live-action adaptation of the legendary Sunrise anime this fall, the company announced during day two of its Geeked Week programming. What’s more, original series composer Yoko Kanno is writing the adaptation’s soundtrack.

Yoko Kanno, the composer behind the iconic soundtrack of the original COWBOY BEBOP anime will be creating the soundtrack for the new Live Action Series. Also confirmed…Cowboy Bebop is coming this Fall. #GeekedWeek pic.twitter.com/6lHZQcoFR6

That’s not all genre fans have to look forward to this fall, however. In October, Netflix will release the second season of supernatural horror series Locke & Key following its initial 10-episode run last year. And speaking of second seasons, Netflix has renewed Shadow and Bone. That’s a quick turnaround considering the series premiered on April 23rd. Netflix didn’t share an expected release date, but the second season is likely to adapt Siege and Storm, the second book in Leigh Bardugo’s Grishaverse trilogy.