You will get your goddamn Monday Morning Commute when I give it to you, you plebs! Seriously though, I’m sorry. Sorry for lashing out at you. Sorry for being tardy again with the Monday Morning Commute. It’s Wednesday! Hump day! So hopefully your commutes are going well, your weeks are burning away, and your days are littered with promising arts, farts, and existential libations!

As well, if I’m being honest, I’m trying to suss out what these weekly columns mean in the face of a happening Discord channel. Okay, not like happening-happening, but like more, bustling. What is the function of such a column as MMC when we’re all talking continuously? How do I convince people on the Discord to come hang out here, with those who still don’t use it?

I don’t have any of these answers, and I must admit my confusion has led to sort of a malaise regarding it all. Did I punt my blog into obsolescence?

What rounds me back into writing the column here are two factors. First, as a means to engage with those not using Discord (though, please hang out here!), and as well as a time capsule for myself. So in five years when I’m curious as to what I was up to in 2021, what I was enjoying, and what I was thinking about, I can surf the digital universe to a column such as thing. Peek into my psyche, shudder, and carry on with my life.

Enough of that ambling preamble, let’s get into the nitty gritty! The wishy washy! The…I don’t know, some sort of phrase. Here’s what I’m digging this week. Then I hope you’ll both join me in the comments and on our OL Discord. 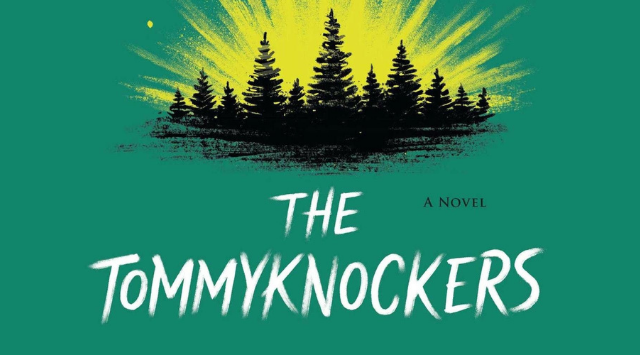 Listen, I really, really thought I was about to move onto Dune. I did! Oh, did I ever. However, yesterday I bought The Tommyknockers. Whoops! Slipped up. Relapsed. Now I’m about to start mainlining more King when the novel arrives tomorrow. I have to confess, I have no idea what this one is about. I do know it’s a bit divisive, but it’s also one of Bags’ favorite King novels. Sometimes you bite the bullet and trust your life partner, you know? 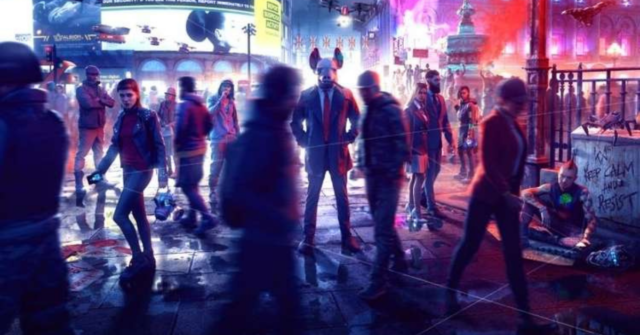 Last week, I dove headfirst back into Watch Dogs Legion. I had snagged it last fall, and I was really enjoying it! But I stopped because I knew Cyberpunk was coming out, and I figured I didn’t want to double-down on the technological dystopias. Fucking whoops! Whoops! Cyberpunk ended up being the coupe de grace of fucking gaming disappointments, and I would have been better off sticking with my UbiSoma. I know the company is divisive, but I enjoy their almost meditative repetition. As well, I really enjoy the central conceit of this installment: building your own team, customizing it with different characters.

I’ve already spent too many hours recruiting motherfuckers and then too many hours asking myself “what is the perfect haircut and wardrobe for hacker hitman?” while sitting in my own filth.

Running concurrently with my Watch Dogs Legion enjoyment is obviously Cyber Shadow and Dead Cells with Bateman. Digging both of those titles, though I suppose the latter is obvious. 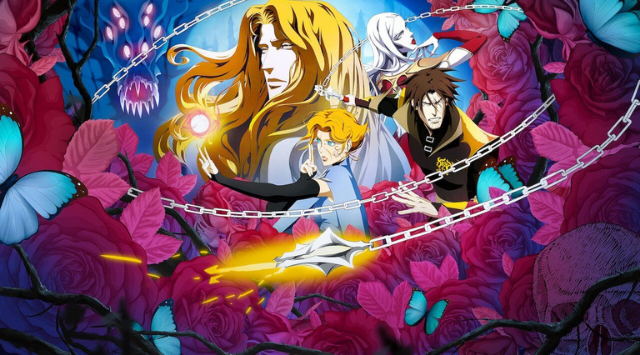 Well, I finished Castlevania and I’m disconsolate! What a fucking glorious journey it was, my friends. That said, I think the ending pretty much fucking nailed it. Like, it’s a bummer that it’s over, but I’m glad that it ended the way it did. Between Spartacus and this show, it’s been nice to see two series I really fucking dug stick their landing. Ain’t nothing more disappointing than pouring countless hours into something that ultimately shits down its own leg. Ask my wife, she’s done such a thing by marrying me, and I believe her gray hairs are beginning to stack.

Listen, I got digestive track problems! A fart can turn into a shart with very little warning, and stunning alacrity.

Meanwhile, Sam and I are really enjoying Mare of Easttown. The latest detective show from the Lords of the Home Box Office channel. It’s allure is that it’s wonderfully well made, acted, and shot, much like the other shows such as True Detective. However, it trades in the pretension of that series for a melancholic humor that pervades every episode. In-between, you know, murder and heartbreak. 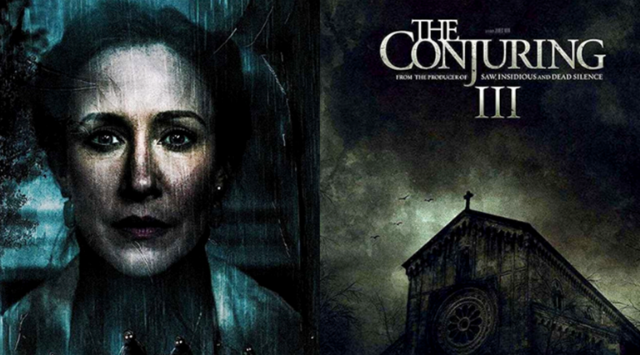 As someone who has watched literally of hundreds of horror movies in the past year, I know that the franchise ain’t transcendent. But it’s fucking fun enough, and the trailer for this installment contains the phrase “Master Satanist” which is about as fucking bad ass as you can get.

That’s it for me this week, my friends. Cyberpunking. Satan worshipping. And more Steven of the Kinging. What are you fucks looking forward to enjoying?