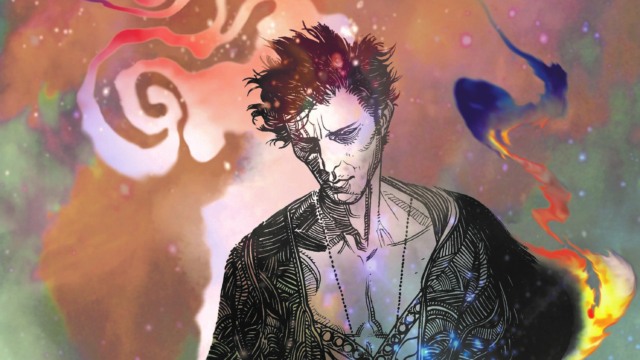 I had completely forgotten about Netflix’s Sandman adaptation. But that don’t stop the fucking production wheels from spinning, and spinning they are. Today, the Streaming Monolith has announced another slew of castings for the show.

We already knew that Netflix had something very interesting going on with its adaptation of Sandman when it revealed that Tom Sturridge and Gwendoline Christie would headline as Dream and Lucifer. But now a good chunk more of its magical reality has been cast, and it’s a hell of a list.

Netflix announced a slew of remaining roles for the adaptation of Neil Gaiman’s seminal DC Comics series in a press release today. Set in a mindbending abstract reality blending our own world with the fantastical, Sandman follows Sturridge’s Dream of the Endless as he escapes seven decades of capture in an occult ritual into the modern world, and his journey to rebuild his own metaphysical realm as Dream realizes that time has changed him and his fellow Endless.

Three of those Endless were revealed today, with Kirby Howell-Baptiste (The Good Place, Cruella) landing the iconic role of Death, Dream’s grim, yet kind sister. Non-binary actor Mason Alexander Park will play Desire, another of Dream’s siblings in the Endless, while Donna Preston will play Desire’s twin, Despair. Joining the slightly less abstract side of things is Doctor Who’s Jenna Coleman will play Johanna Constantine (yes, of the Constantines), an exorcist and “Occult Adventuress for Hire” from the 18th century, who will also appear in the series’ modern-day story (and has been the subject of her own Sandman spinoff books). Joely Richardson and Niamh Walsh will play the older and younger versions of Ethel Cripps, respectively, a troubled young woman who develops into a master of disguise and thievery. David Thewlis will play Ethel’s “dangerous, insane” son, John Dee.