Archives
« Sony Has Invested in Discord, Will Bring it to PlayStation in 2022. This Matters To Me Now!
NASA’s Parker Solar Probe Discovers Radio Signal Coming From Venus. This is how ‘The Expanse’ happens, folks! » 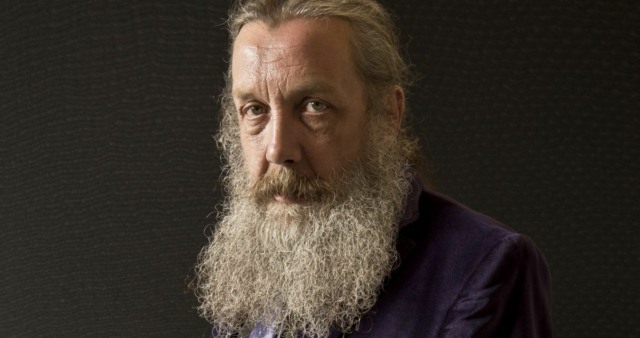 Alan Moore may be done with comics, but the motherfucker ain’t done with writing. Moore has signed a major deal with Bloomsbury, which includes a five-part fantasy series titled Long London. You know, I don’t usually fuck with fantasy, but I absolutely fuck with Moore. So chances have me checking this shit out. How about you?

In a Guardian exclusive (although the news was inadvertently leaked on Amazon last week), it was announced that Alan Moore has signed a “six-figure deal” with the famed Harry Potter publisher Bloomsbury to bring a number of the former comics writer’s prose novels to the world.

Alan Moore
The deal will see Bloomsbury publish Moore’s latest works, including Long London, a five-volume fantasy epic, and Illuminations, a short story collection. Illuminations is scheduled for an Autumn 2022 release, with the first part of the Long London quintet planned to be released in 2024.

According to the Guardian:

“Two years after announcing that he had retired from comics, Alan Moore, the illustrious author of Watchmen and V for Vendetta, has signed a six-figure deal for a “groundbreaking” five-volume fantasy series as well as a “momentous” collection of short stories.

Bloomsbury, home to the Harry Potter novels, acquired what it described as two “major” projects from the 67-year-old. The first, Illuminations, is a short story collection which will be published in autumn 2022 and which moves from the four horsemen of the apocalypse to the “Boltzmann brains” fashioning the universe. Bloomsbury said it was “dazzlingly original and brimming with energy”, promising a series of “beguiling and elegantly crafted tales that reveal the full power of imagination and magic”.

The second acquisition is a fantasy quintet titled Long London, which will launch in 2024. The series will move from the “shell-shocked and unravelled” London of 1949 to “a version of London just beyond our knowledge”, encompassing murder, magic and madness. Bloomsbury said it “promises to be epic and unforgettable, a tour-de-force of magic and history”.”