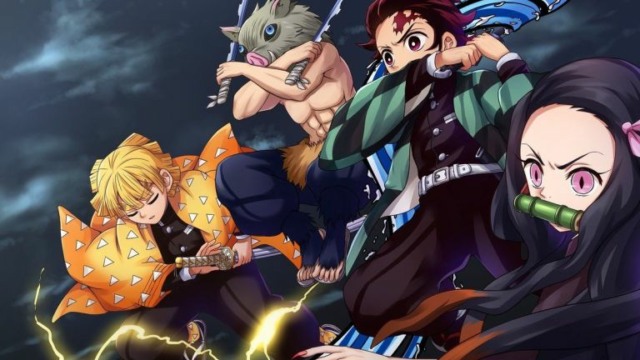 Motherfucking yes, dudes. Dress up in cosplay, get to the theater, and do demon slaying shit. I promise you fuckers that you won’t be alone. Nope! You see, goddamn Demon Slayer had the biggest foreign language box office debut in the United States. Ever! The son of a bitch is an anime, R-Rated, and hit during a pandemic. Shit still broke the record. As a huge stan of the series, I’m torqued.

All aboard the Demon Slayer train.

The feature film based on a popular shonen anime, Demon Slayer: Kimetsu no Yaiba the Movie: Mugen Train, broke North American box office records by earning roughly $21.1 million in its opening weekend. In comparison, the movie just barely trailed the Mortal Kombat reboot, which made $23.3 million in its debut weekend.

This ranks the movie as the No. 1 foreign-language debut in U.S. box office history, according to a release from Funimation and Aniplex of America. Although this should come with the caveat that the film is screening both with a subtitled version and a dubbed English version. Still, it’s impressive given that the film could break such a record amid a global pandemic.

The movie, which premiered in late October in Japan, had a strong showing in the Asia-Pacific regions. It became the highest grossing Japanese film of all time (animated and live-action) and earned roughly $350 million at the box office, breaking the record previously set by Hayao Miyazaki’s Spirited Away.

The movie takes place in early 1900s Japan and follows Tanjiro Kamado, a young warrior on a quest to save his sister from a demon curse. While the movie takes place between the first and second seasons of the show, you don’t need to watch the show to understand the movie. If you do want a taste of the show beforehand, Funimation prepared three special episodes of Demon Slayer that recap everything up to the point of the film.

If you want to see what all the hype is about, Demon Slayer: Kimetsu no Yaiba the Movie: Mugen Train is out in theaters now.