Archives
« Monday Morning Commute: Finish Him! (Quarantine)
‘Shang-Chi and the Legend of the Ten Rings’ Trailer: Bad Ass Through and Through! »

Alfred Molina Confirms He’s Playing Doc Ock in ‘Spider-Man: No Way Home’ and the Marvel Ninjas Must Be After the Dude Now! 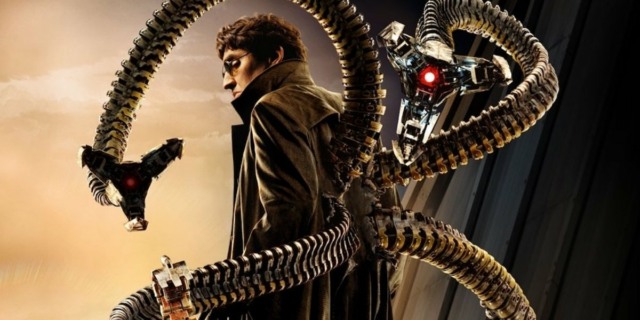 It’s been a sort of open secret that Spider-Man: No Way Home is going to feature the Multiverse. Despite that shit, though, no one has confirmed it officially. Until now. Alfred Molina has admitted he’s playing Doc Ock in the movie, and it ain’t a confirmation of the Multiverse but it’s pretty close. As well, you have to imagine Marvel ain’t happy with this shit. They’ve been playing this movie so close to the chest, and here bro just fucking casually drops the reveal.

As the excitement continues to grow around Marvel’s Spider-Man: No Way Home, Alfred Molina, who famously portrayed the iconic villain Doc Ock in Sam Raimi’s Spider-Man 2 in 2004, revealed to Variety that he would be reprising his role in the upcoming Marvel film.

“When we were shooting it, we were all under orders not to talk about it, because it was supposed to be some great big secret,” Molina said during the interview. “But, you know, it’s all over the internet. I actually described myself as the worst kept secret in Hollywood!”

Doc Ock is a classic Spider-Man villain, and Molina’s portrayal of him in Spider-Man 2 was the crown jewel of the film. Regarded as one of the best cinematic entries Spider-Man has received between Marvel, Fox, and Sony, the film centered around Peter Parker, played by Tobey Maguire, learning the limitations of his powers as he grapples with losing them. Doc Ock is both a mentor to Peter and a nemesis to Spider-Man, a conflict that comes to a head in the final act, which finds Molina’s character sacrificing himself and “dying” at the bottom of a river.

When asked about the character’s storyline, Molina said that he was told by director Jon Watts, “In this universe, no one really dies.”

Molina also talked about how excited he was to pick up the character from exactly where he left off, despite there being a 17-year gap since his last go at it.

“It was wonderful,” he said. “It was very interesting going back after 17 years to play the same role, given that in the intervening years, I now have two chins, a wattle, crow’s feet and a slightly a slightly dodgy lower back.”

But then he realized the nature of the role would save him. “I then remembered that it’s the tentacles that do all the work!”

Rumors have been swirling for months about who else is set to join the cast of Spider-Man: No Way Home, with neither Marvel Studios nor Sony Pictures confirming any casting yet. The film is set to release on Dec. 17, 2021, right in time for the holiday season.