Archives
« ‘Army of the Day’ Trailer: A Zombie Heist Movie? Sign Me Up.
MIT Scientists Release Music Made By Spiders. What The Fuck? »

‘BioShock 4’ job listings seem to confirm an open-world and sidequests. A rapturous development or something! 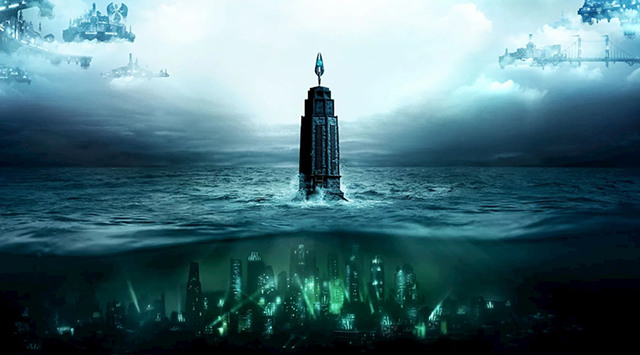 You know, I had completely forgotten we were getting a BioShock 4. But fuck if we’re going to be getting one, sure, make it open-world! Legit. Let me wander around some sort of fallen utopia.

Cloud Chamber, the 2K Games studio tasked with developing a new BioShock game, has listed a handful of new dev positions on its website. The job descriptions appear to confirm at least two things about the long-in-gestation project: that it’ll be open world, and that like most open world games, it’ll have both primary and secondary quests.

The description for the senior writer role is the most illuminating, apparently confirming both the open world and the quest format. “We’re hoping to find someone who can weave impactful, character-driven stories in an open world setting,” it reads, while later it specifies that the successful candidate will “brainstorm primary and secondary mission content with design.”

Elsewhere, Unreal Engine 4 experience is considered “strongly desired” for one role, while a lot of emphasis is placed on this BioShock having a “living” world. That’s the kind of buzz term you’d normally ignore, but it seems to entail more than the usual random NPC encounters, with the senior world designer expected to “design and create systemic world moments, as well as bespoke quests, that breathe life into the game.”

The AI programmer role has some interesting tidbits: that candidate will “create a vision for a meaningful AI urban crowd system” and “help to push the envelope of what is possible with interactive crowd systems.”

Of course, there’s the chance that whatever Cloud Chamber is cooking at the moment might change dramatically during development, and given the nature of some of these roles, it looks like development isn’t closing in on a release just yet. That’s ok, because despite the last BioShock game releasing in 2013, a planned follow-up from another 2K studio was cancelled in 2016.